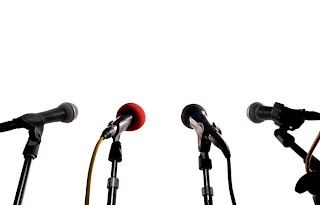 This morning Minister of Transportation Ray Danyluk and MLA Cindy Ady were in Fort McMurray to announce the formation of a committee to specifically address transportation issues in the region. The committee, headed by Heather Kennedy, will act as an advisory body to the provincial government in regards to the issues we all know we face with transportation. As Heather said at the conference this is about moving people, not just about roads and traffic and heavy loads. It's an exciting announcement, no doubt, with significant impact for the area as it means the region will have heavy input into future transportion developments and changes.

Now, Minister of Infrastructure Jeff Johnson was supposed to attend the press conference this morning but he was unable to make it. I think there were some press conference attendees who were quite anxious to speak to him, though. I noticed them as soon as I arrived (late, as it was the kind of morning where I couldn't find my car keys). They were hard to miss as they aren't the usual folks you find at local press conferences. They were some of our local senior citizens, and as soon as I spotted them I knew why they were there, too. And it wasn't about transportation.

For those who follow local news you know there is an ongoing issue regarding the development of a long-term care facility (LTC) in Fort Mac. It's been long promised, much discussed, debated, funded, defunded, and funded again, and moved from location to location. It's been going on for a very long time. A short while ago it seemed a solution had been found when the land occupied by the Willow Square housing (across from the hospital) was deemed to be the new site, and the residents of those townhouses moved to other properties. The end seemed near, and the LTC seemed to be on the verge of reality. And then there was yet another change.

In December the provincial government announced the move of the LTC to the new Parsons Creek subdivision. There were a lot of reasons for the move, reasons I don't even pretend to know (although I think I'll try to find out). The problem was that there was one group that felt they hadn't been consulted, hadn't been advised, and hadn't been heard - and it was the very community the LTC is designed to serve.

The senior citizens of the region had developed an affinity for the Willow Square property. It's proximity to the hospital and the Golden Years Society was a big selling point. And they had their hearts set on that property, as they could see progress - the buildings being vacated and readied for demolition, and the eventual erection of a brand-spanking-new LTC. And then the announcement in December came, and I think those lovely old folks felt the rug being yanked out from under them.

I know a thing or two about seniors, as my parents were both in their early 80's when they passed away. I know they have wisdom, and they have opinions. I know they have so much to share, and so much to give. I also know they have time - and lots of it. My dad used to haunt the municipal buildings in Saskatoon, there to address the issues he had with the city (and likely terrifying the receptionists because they knew he had nothing but time to wait for their bosses to show up). So I know they have lots of time to attend press conferences - like the one today.

And attend they did, a fairly large contingent of people who have lived in this community for longer than I've been on the planet. I was very pleased when after the press conference ended and questions about the transportation advisory committee had been addressed Minister Danyluk agreed to hear questions from the seniors. He could have said it wasn't the topic of the conference, or walked away. But he didn't - he stood there and heard them out, which is truly what I think they needed. I think that's been the problem all along, maybe - not just how long the LTC has taken, or where it should be located - but that the seniors themselves have felt left out of the process. And that's not right, people.

We talk a lot about community engagement and input from our residents. Sometimes, though, we might like that idea but we aren't always particularly good at practicing it. I think that's where the ball has been dropped here. I think the local seniors just need to ask their questions, rant a bit, tell their stories, vent their frustration - and feel heard. I have written a lot in this blog about everyone having a story, and our local seniors have some amazing stories about their lives here. They need to feel listened to, they need to voice their thoughts, and even if it doesn't change the outcome I think they need to feel heard. And I don't think they have felt that at this point in the process.

Minister Danyluk indicated that Minister Johnson has planned to come to Fort McMurray at the end of January, and will agree to meet with the seniors at the Golden Years Society at that time. I don't think that it will change the location of the LTC, and it might be a gruelling, exhausting session for everyone - but I think it's absolutely necessary. I think it's a sign of respect to hear from these elders of our community. I think we need to show them that they are not forgotten, and are still part of the process. They might not be happy with the outcome (and honestly I have NO idea whether the LTC should be in Parsons Creek or Willow Square - I think either location has pros and cons), but they will feel their story has been heard. And that might not be everything, but it is something. The one thing I learned in 2011 is everyone has a story, people - and they all deserve to be told, and to be heard. I entrust that our provincial government will make sure that the senior citizens of Fort McMurray have the chance to tell theirs in 2012. 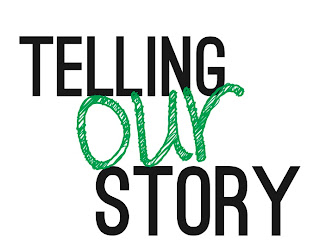