Taking a Hard Line on "Impaired Driving" in Fort McMurray

I had about ten other ideas for my blog post today. There are so many things to write about, building up inside me as I tend to the other things in my life (my job, my freelancing, my kid, my menagerie of pets, my house, my relationships with friends and family) and that get written on a note with the heading "future blog topics". But today they all got pushed aside, and not because of some "feel good" story with a happy ending - as while this story had an ending that was perhaps "just" it could have had a very different ending, too, and one which makes me tremble to even think about writing.

Yesterday morning the driver of a tractor trailer on Highway 63 was involved in a crash with another tractor trailer, plowing into the other vehicle after sliding through a stop sign. The RCMP had already been searching for this tractor trailer, as it had forced an RCMP cruiser off the road in an earlier incident, when it was passing traffic in an unsafe manner. I heard various reports of those who witnessed this semi-truck careening down the highway, and many reported close calls with a driver who seemed to be out of control. But when RCMP located the tractor trailer and the driver they found he wasn't just out of control. He was, in fact, impaired.

We have a lot of words we use for people who drive under the influence of drugs or alcohol. We call it a "DUI", in fact, or say they were "intoxicated" or "inebriated" or "impaired". We call them "drunk drivers", but I think the time has come to call them what they are. Individuals who chose to drive when they are impaired, intoxicated, inebriated, or under the influence are guilty of nothing short of attempted murder. They have made a conscious decision to have a few drinks or a few pills or a few lines, and then pick up their keys and step into a vehicle, and behind the wheel of an automobile that in their hands becomes just as deadly as a gun or a knife. They wield tons of metal as their weapon, and their potential for causing death is massive. So, let's stop letting them off the hook already and call a spade a spade.

The incident yesterday could have ended very differently. What if that tractor trailer had collided with a smaller vehicle? What would the likelihood been of their survival? What if he had created a chain reaction of accidents, where even more lives could be lost? He is being charged with impaired driving, leaving the scene of a collision, and dangerous driving but I truly think it just isn't enough. Maybe it seems draconian, but I think it's time to charge drivers like this with attempted murder - because in essence that is exactly what they have done.

I have a local friend who has gone through tremendous pain after her husband was gravely injured in a collision with a drunk driver. I have known others who have lost family members to drunk drivers. I have even sat in a courtroom once long ago and watched a family writhe in agony as the "drunk driver" walked away with some minor charges while they walked away with their beloved family member in a coffin. The inequity of it all enraged me then, and it enrages me now. We have been very lenient and understanding for a very long time, I think. We have run campaigns to reduce impaired driving, to educate on the harm of impaired driving, and we have increased the penalties for driving impaired. But clearly it just hasn't been enough, because in this province we continue to see impaired drivers taking to our streets at a worrisome rate, and they continue to impact our lives.

When I heard the story yesterday I must admit I didn't think of the driver as intoxicated or inebriated. I didn't call him a "drunk driver". When I related the story to someone else I called him an "attempted murderer", because in my mind he attempted to murder every single person who crossed the path of his tractor trailer yesterday. He made a decision to get into his vehicle, start it up, and begin driving his weapon of choice down a highway loaded with innocent men, women, and children. Perhaps it seems pretty hardline of me to look at it that way, but I am so beyond tired of stories of "impaired drivers" who kill and mangle the lives of others. Maybe it is time to take a hardline, and today I am taking it.

Impaired driving is attempted murder. That's my hard line. And while I am normally an incredibly forgiving and understanding person in this case all my forgiveness and understanding have run out. If you drive drunk or high then you are guilty of attempted murder in my books - and I don't think any of us have any reason to forgive you, either. The time for leniency? It's over, because the second you make the decision to operate a vehicle while under the influence you stopped deserving any leniency. You became a threat, and a risk, and an attempted murderer. I just hope to hell you never succeed and become guilty of actually murdering someone with your vehicle, because in my world that means the gloves come off, and you are no different than every other murderer currently sitting in our jails - and I would be quite okay with seeing you sitting in a cell beside them, too. And for me that is the very bottom line. 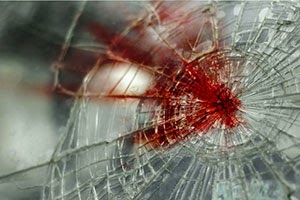