A Little White Tent Glowing in the Night - interPLAY Day One

As some regular readers of this blog know I love interPLAY, and have attended every year since arriving in this community a decade ago. Some also know that in the last year I have been volunteering with Events Wood Buffalo, working backstage doing artist hospitality at events like last year's SummersEnd and Canada Rocks 2012. I was away for a couple of weeks at the end of July and early August (hanging out in glorious places like Banff, Yoho National Park, and Vancouver) but I had told EWB that when I returned I would be delighted to volunteer once more, this time at interPLAY.

When I arrived home I discovered that EWB had been trying to reach me. They had an offer, you see. They had decided that since I had apparently done an okay job with the artists during Canada Rocks that they would ask me to work for them for 3 days at interPLAY, a contract position running the artist hospitality tent for the mainstage. It didn't take me long to consider it, really. I love working with performers, I love interPLAY, I love spending time with the folks from EWB, and being paid to do it was simply some kind of miraculous bonus. And that, people, is how I ended up in a little white tent in the Keyano College parking lot all last weekend. That's how I once again ended up meeting dozens of performing artists, local and national, and that is how once again I found myself talking about this community (and sharing a few laughs, and drinking a WHOLE lot of coffee, but I digress).

On Thursday I met the folks from EWB for a little pre-festival site walk around and meeting, and to see where my tent would be located. And then, Friday morning at 10 am, latte in hand, I arrived for the start of interPLAY 2012. 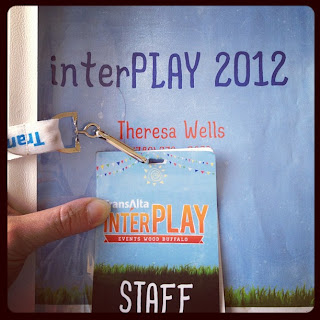 You are going to notice in my posts about interPLAY this year that I don't write about the plays or the street performers or much other than the mainstage. And frankly that's because from early morning to late at night I was happily running my little white tent behind the mainstage. I was responsible for greeting the artists when they arrived, assisting them with anything they needed, and generally making sure that they enjoyed the festival, too (the handing out of tickets for the beer garden always made them happy, I noticed). You see it's not just the public that needs to enjoy an event like this. You want the performers to leave having enjoyed it too, whether they are local or from away. You want them to be open to returning to perform here again, and to tell other performers how spectacular we are.

Before interPLAY I had written in the blog that coffee donations would be gratefully accepted. You see, I wasn't sure when and if I'd be able to get away to get coffee, and I knew that I would need it. I rely fairly heavily on caffeine to be functional, especially when late nights and problem solving may be involved. I could say that people really "came through" on the coffee deliveries but that is an enormous understatement. I was delighted and touched that every single day coffee was delivered to me, some days happening so frequently that I was consuming cup after cup in rapid succession (and being very grateful the Keyano doors, and toilets, were close at hand). You see, though, I needed that coffee - because I was quite busy.

On Friday the entertainment on the mainstage started in the late afternoon, and continued until the early morning. I was so delighted to welcome local artists like Gypsy Butterfly, a beautiful and talented woman who recently relocated to our community, and who is the very soul of kindness. I chatted with local band members from Surface Below, another talented group of locals who blew me away with their renditions of some popular cover songs. I had seen local Dave Martin before, but once again was delighted to speak to him and see him perform. 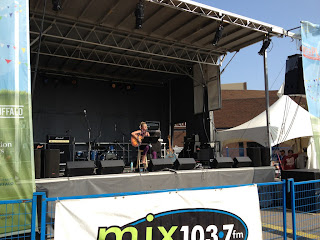 Local performer Gypsy Butterfly, beautiful inside and out 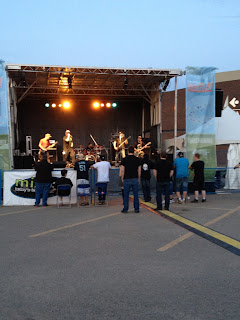 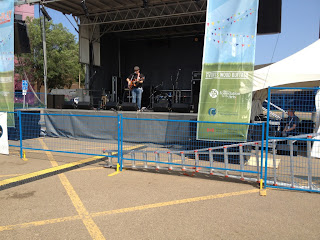 When the band members from Vancouver group Maria in the Shower arrived I was pretty much speechless as in terms of style and dress these young men pretty much blew local men out of the water (sorry local boys, but those vests and red bow ties are pretty hard to beat). Sharp dressers, sharp musicians, and a delight to speak to as well - how could anyone resist them? And when one of them pulled out an accordian, the instrument my father had played for his entire life (his treasured accordian is mine now, willed to me upon his death) they pretty much stole my heart completely.

I've written about Steven Bowers before, an incredibly talented musician who now calls Edmonton home, and who I had the pleasure to meet and see perform at interPLAY (I have his CD, which has now gone into rotation on my On The Go iPhone playlist). Locals Until Dawn burned up the stage, and then, when they finished, AC/DC tribute band Thunderstruck took the stage to entertain a lively crowd that had formed both inside and outside the beer gardens. 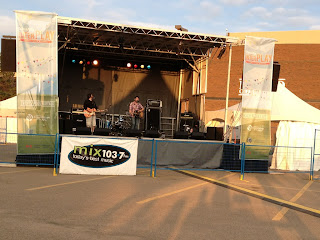 Until Dawn prepares the crowd to be... 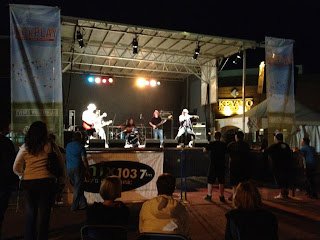 Now that list of performers might seem deceptive. It might seem like they just came and went with little need for support or attention, but that isn't true. Through it all I was backstage in my little white tent, filling buckets with ice and water and juice and pop. I was making sure they had snacks if they needed them, and questions answered if they had any. And I was doing something else. I was chatting with the locals, discussing our community and what they do in it, and learning from them. And, very sneakily, I was chatting with the ones from other places like Vancouver, talking to them about Fort McMurray and this region. I was very casually engaging in some interpersonal education while attending to their needs, serving cold drinks with a side of community spirit. I was doing what it seems I do best, and I was delighted that my audience - the musicians - were receptive to it.

You see everyone who comes here, especially for the first time, has some curiousity about it. I am so fortunate that over the past year I have learned so much. I can spout off statistics about things like population and average age and birth rate and average income. I can do more, though. I can give a personal face to those who live here, share my story of why I came and why I stay, speak of my experience here and what this community means to those who call it home. And I can do it very subtly while handing out beer tickets and waiting with musicians for their soundchecks.

That first day is a bit of a blur for me, people. I spent a lot of time setting my tent up, putting up chairs and tables. I knew it would grow dark as it grew later, so I took one spotlight and shone it in the corner of the tent. For the rest of the lighting, though, I chose to use a string of white Christmas tree lights, stretched on the ground along the edges of the tent. I cannot described how good it felt at twilight to plug those in, and to see the tent suddenly come alive with a soft white glow, a little beacon of light for my performers (and yes, I call them mine - I've got a strong maternal instinct, and when you task me with taking care of someone I do it with intensity and some degree of possessiveness, meaning I get protective, too). I wanted my performers to feel at home in the tent, to be able to return to it after their performance and find it softly glowing from within, beckoning them with cool drinks and food and a warm reception. I believe - and hope - that I achieved that.

By one AM when Thunderstruck left the stage, leaving behind a crowd thrilled with the performances of the evening, I was very tired but also still awake thanks to all the coffee deliveries. I won't identify those who delivered as I have thanked them personally and/or on Twitter, but I will share some photos of the deliveries here. I was admittedly heavily reliant on the kindness of friends, including one who even brought me supper. While I was keeping my performers fuelled and happy my friends did the same for me, enabling me to do my job so the performers had what they needed to do theirs. 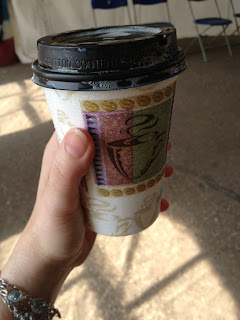 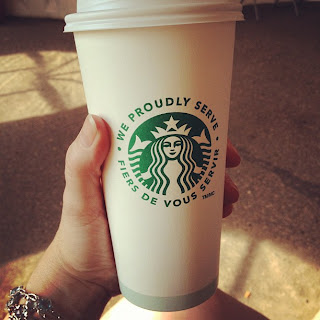 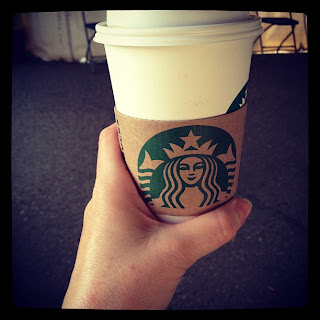 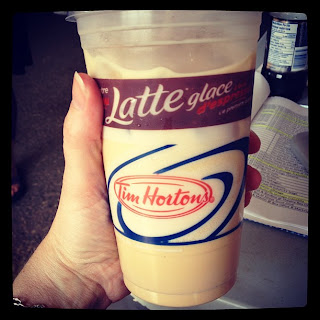 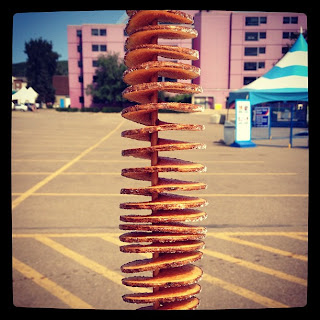 My quite likely unhealthy lunch... 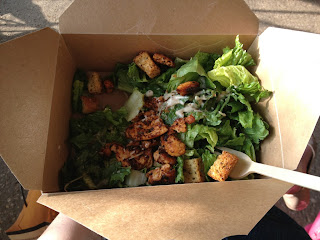 ...balanced with a much healthier supper,
courtesy of a dear friend!

At the end of the night, after all the bands had cleared out their gear, said their good-byes, and given me sweaty post-show hugs (which I gratefully received, delighted that they had enjoyed the experience enough to want to hug me) I looked around my little white tent. I cleaned up the garbage, and recycled empty water bottles. I quietly unplugged the spotlight, and, finally, the string of Christmas lights, plunging my little tent into darkness until the morning when I would arrive to do it all again with a different group of performers. I walked through the festival site, said my own good-byes, and climbed into my car to drive home to my own little house, glowing amber with lights waiting to welcome me home. I drove home buoyed by my interactions with all my performers, the kindness of my friends, and the image of that little white tent glowing in the dark Fort McMurray night, welcoming and warm just as I find this community to be. It was another of those Fort Mac days - and only the first of three. 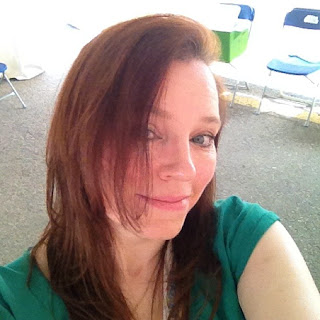 At the start of the day, in my little white tent :)

My deepest and sincere thanks to
Gypsy Butterfly,
Dave Martin,
Steven Bowers,
Surface Below,
Maria in the Shower,
Until Dawn,
and
Thunderstruck
for being an absolute pleasure to host,
and of course to
Events Wood Buffalo
for trusting me enough for the job :)