On Bob Rae, Politicians, and Getting It 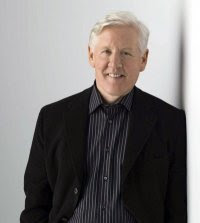 There are some things I don't write about often, people. Those things are industry, the environment, and politics, and it's because I usually feel I don't know enough to write about them intelligently or fairly, so I let others address them. Last week, though, I had an amazing opportunity to interview Bob Rae, interim leader of the federal Liberal Party, and I have some thoughts on Bob - and some thoughts on another recent political visitor to the oil sands, Thomas Mulcair, leader of the federal NDP.

I'll be honest. Never for a minute did I think I would get a chance to interview Bob Rae. I knew he was in town but had been unable to attend the public engagement session he had, and it never really occurred to me to try to meet him until someone asked if I had. When I said no they asked if I wanted to - and the wheels were in motion. Thanks to the kindness of some local people who have ties to the Liberal Party I suddenly had an interview with Bob Rae. A private, 15-minute interview with someone I have always admired. And someone who is probably a fair bit like me ideologically, too. I've never hidden the fact that politically I swing left, far further left than many in this province, and I suspect it's thanks to growing up in NDP Saskatchewan. When I moved to Toronto as a young adult Bob Rae was the leader of the Ontario provincial NDP party, and, to be honest, someone I thought of as a bit of a hero. I was delighted when he became Premier of that province, and I have followed his career ever since, even when I left Ontario to return to the prairies.

I was quite nervous when I arrived for my interview with Bob - but upon meeting Bob and his lovely wife Arlene Perly Rae (who recognized me from television, which both pleased and startled me - to have the wife of a personal hero call me "famous" was astonishing) I quickly relaxed - because not only are they lovely and kind people they are also intelligent, thoughtful and, in my opinion, they get it. What do they get? They "get" this region. They came, they stayed for 3 days, and they saw more than just the oil sand sites. They spent time in the community. They connected with local people. And they left, I think, with an understanding of who we really are and the issues we really face - which is a huge achievement in my world, people, because that doesn't always happen when a politician visits. Some politicians, like a certain leader of the NDP party, come for a few hours and leave without once really making the effort to learn about us. They come only to say they have been here, I suspect, only to counter the argument that they cannot speak about us if they have never seen us. They come not to learn but simply to have been here - but not Bob Rae. Bob came to learn, and I think he learned a great deal.

Bob has been here before, thirty years ago, and he acknowledges this is a completely different place (and given how much it has changed in the decade I've been here I can readily agree with this assessment). What grabbed my attention immediately though was his explanation that over the course of his visit here he had been able to see this as a "real place", a community with real challenges, and not just some cartoon image of oil sands or boomtown. And that is pretty much exactly what I had hoped to hear as I consider it part of my mandate to ensure that those I connect with understand that this place is not solely industry but rather a living, breathing community of tens of thousands who have chosen to make this home. Bob's opening sentence showed me that he gets it - and he gets it even more, too.

We talked about the pace of development, about how we can develop this resource at whatever we pace we choose, making it last as long or as short as we wish it too. We talked about the demands rapid development puts on community, and the struggle it is to keep pace with infrastructure to support it (and we discussed slowing the pace of development, something I admit I think about a great deal as while I believe the oil sands are absolutely vital in many ways I find the pace of development worrisome in how it relates to the fabric of our community). We talked about the need for all levels of government to support the community as the industry grows, and about seeing commitment to it from all levels of government. And we discussed sustainability, not of the environmental sense but rather the sustainability of the community, about how in the face of rapid population growth and industrial development we find a way to grow a solid, secure, stable community for today, and for the future.

Bob said he believes the ideological debate about oil sands misses the point. It misses the point of the real communities and issues around the development, and about how we need government to both support the communities and address issues with industry such as pace of development. We talked about how we can do a better job as governments and communities to plan for this growth - and how, in the end, we can be proud of what we build and create.

In 15 minutes Bob Rae pretty much won my heart all over again just like he did over two decades ago when I watched him on television in Toronto. This politician is thoughtful, intelligent, and, most of all, takes the time to understand the issues in front of him. When he came to Fort McMurray he opted not for the "Thomas Mulcair tour" - a helicopter tour over the oil sands and no substantial time in the community. Bob Rae chose to meet with several different groups, stay in a local hotel, eat at local restaurants, meet local people, and, on his final day, even meet with a little local blogger who was a bit in awe of him before their meeting (and now is perhaps even slightly more so). Bob Rae? Well, in my opinion Bob Rae gets it. He gets a great deal about who we are as a community and region, and about the challenges we currently face (and will face in the future). He gets that this place is more than industry. He gets that we have real issues, and he gets that we need governmental assistance in sorting them out. He gets that we are real people. He came, he stayed, he saw, he met, and he left taking a new understanding of who we are. Bob Rae rose a great deal in my estimation because he actually cared enough to stay long enough to learn not just about industry but about community.

As for Thomas Mulcair and his visit? Well, he sank very low in my opinion, because he didn't come to learn. He came just to say he'd been here - and frankly that's not enough. When I try to balance these two visits against each other - one leader who came and stayed for days, who came and met locals, who came ready to learn, and a different leader who took a helicopter tour, met with the mayor, and then left after a few hours - it's not hard to see who has earned some respect. Bob Rae won my respect (and frankly my left-inclined little heart) all over again. Thomas Mulcair? Well, maybe he will come back some day and do the "Bob Rae tour" of this region and learn who we actually are - but I'm not holding my breath.


My sincere and profound thanks to
those individuals who arranged my meeting
with Bob Rae -
you know who you are!

And my genuine gratitude to
Bob Rae and his wife Arlene
for agreeing to meet with
a community blogger -
and for visiting us long enough to "get it" :)
at July 16, 2012