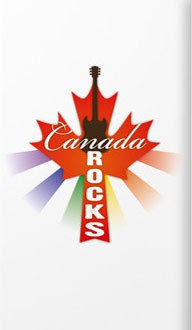 The McMurray Muser was delighted to be invited to attend a press conference today at Macdonald Island Park. City councillor Russell Thomas was kind enough to extend an invitation to this blogger, which pleases me to no end as I believe bloggers may well be the new face of the media - but I digress. The press conference was being held to announce the line-up for this year's "Canada Rocks" Festival over the Canada Day weekend. Rumours about the major headliner act had been flying for weeks, but today was the day...and well worth the wait in my opinion. Tickets go on sale at noon on Friday May 6th - and you might want to clear some room on your credit card right now, people.

On Saturday July 2nd Fort McMurray will play host to possibly one of the most famous American bands ever - Kiss. This is a major coup for the planning committee of Canada Rocks, and frankly a major boost for our city. I was actually a bit stunned when they announced it today - I expected something big, but Kiss is actually a bit bigger than I'd dreamed. I'm not a Kiss fan, to be honest (I do like Gene Simmons and "Family Jewels"), but I do recognize what a major draw this band is, and how huge their fan base is. This is a band that usually plays major cities. To have them come here puts us in the ranks of those cities and on the national stage - and in a good way for once.

Now, this is going to require some effort, people. They have indicated the call for volunteers will be going out almost immediately, and I urge anyone who can volunteer time at the Canada Rocks Festival to do so. This is a chance for our city and our residents to shine. This event will likely draw fans from all over western Canada, and this is our opportunity to showcase our city and ourselves in the way we wish to be seen. Let's show Canada that Fort McMurray rocks, people.