What Would You Do With One Million Dollars? 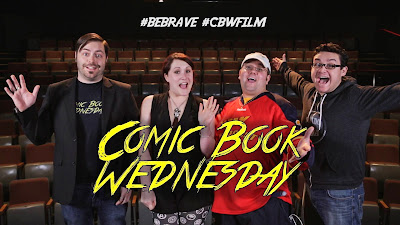 What would you do if you had one million dollars? What if you could enter a competition to try to win one million dollars in funding so you can try to achieve your dream? And what if to make it happen you needed the support of your family and friends, and heck, the entire community? Sound far-fetched, perhaps? Well, not if you are the local gang behind Comic Book Wednesday.

First let's cover the details as given to me from that local gang: 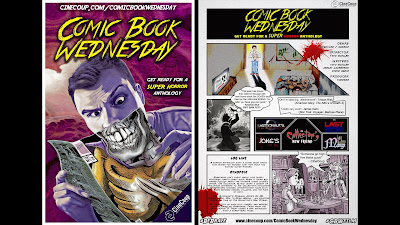 Now those are the details - but let's talk about why this is important.

Almost every single day I get a phone call or email, either personally or professionally, from people who are coming to work on "projects" in our community. Sometimes they are film projects, documentaries often, and sometimes they are magazine articles or newspaper pieces. They are coming here for various reasons, but almost every single one wants to develop some sort of relationship with this region in order to further their own careers or dreams, and pretty much unfailingly I, and others in this community, agree to help them. This time we have an opportunity to help a group of local residents and film makers not only pursue their dream but to bring it home to our community as they do so. They have the chance to put Fort McMurray on the map as the home of the CineCoup winner, and showcase the work of some of our talented community members on screens across the nation. And they need our help to do it.

I know Tito, Steve, Todd and Ashley personally. They have been part of my life for over four years now, and I have been incredibly honoured to watch them develop as podcasters, filmmakers and community leaders. There are a lot of people who talk about the things they "want" to do, but often following it up with inaction - but whenever this group comes to me with an idea I know that they will not only dream it and talk about it and plan it but execute it, too. I have had the incredible privilege to be there for some of their special moments, film festivals and the like, and I have been proud to have been able to help them in small ways along their journey.

And this is the next step in that journey. This is their moment to shine, when the lessons they have learned, the successes they have found and the hard work they have accomplished comes together to present them with an amazing new opportunity - but they need our help to get there. In this community where we have shown time and time again that anything - truly anything - is possible we now have the chance to help a group of local filmmakers bring home one million dollars and a chance to not only live their dream but make us all intensely proud to say that they are from Fort McMurray.

We are region that is often known for the films made about us, the ones that call us things like "Fort McMoney" and that prey upon us to advance the dreams and careers of those who do not, have not and never will call this place home. We now have a chance to instead be known as a community with talented filmmakers like this collective and to see them represent us on a national stage.

How can you help? You need to visit this link and vote for Comic Book Wednesday. Our group of local filmmakers is already one of only two Albertan teams in the running, and we now have the chance to help them get into the final fifteen. I believe they can do it - in fact, I believe they can achieve their dream and be the last team standing, and the one with a film featured on screens across Canada.

On a final note: I am so proud of Todd, Tito, Ashley and Steve. I will be proud of them regardless of whether or not they are the finalists who come home with one million dollars, because I know they pour their heart and soul and a helluva lot of hard work into everything they do. Even more than that, though, I am proud of them because they are the essence of what makes this community special, a group of friends who become family and who form a bond strong enough to accomplish amazing things. Comic Book Wednesday and the team behind it is a quintessential Fort McMurray story, the kind I have been writing about for over four years now and that never diminishes with retelling. I am proud to call them fellow community members, proud to call them local filmmakers, and even more importantly so damn proud to call them friends.