The Boulevard of Broken Dreams 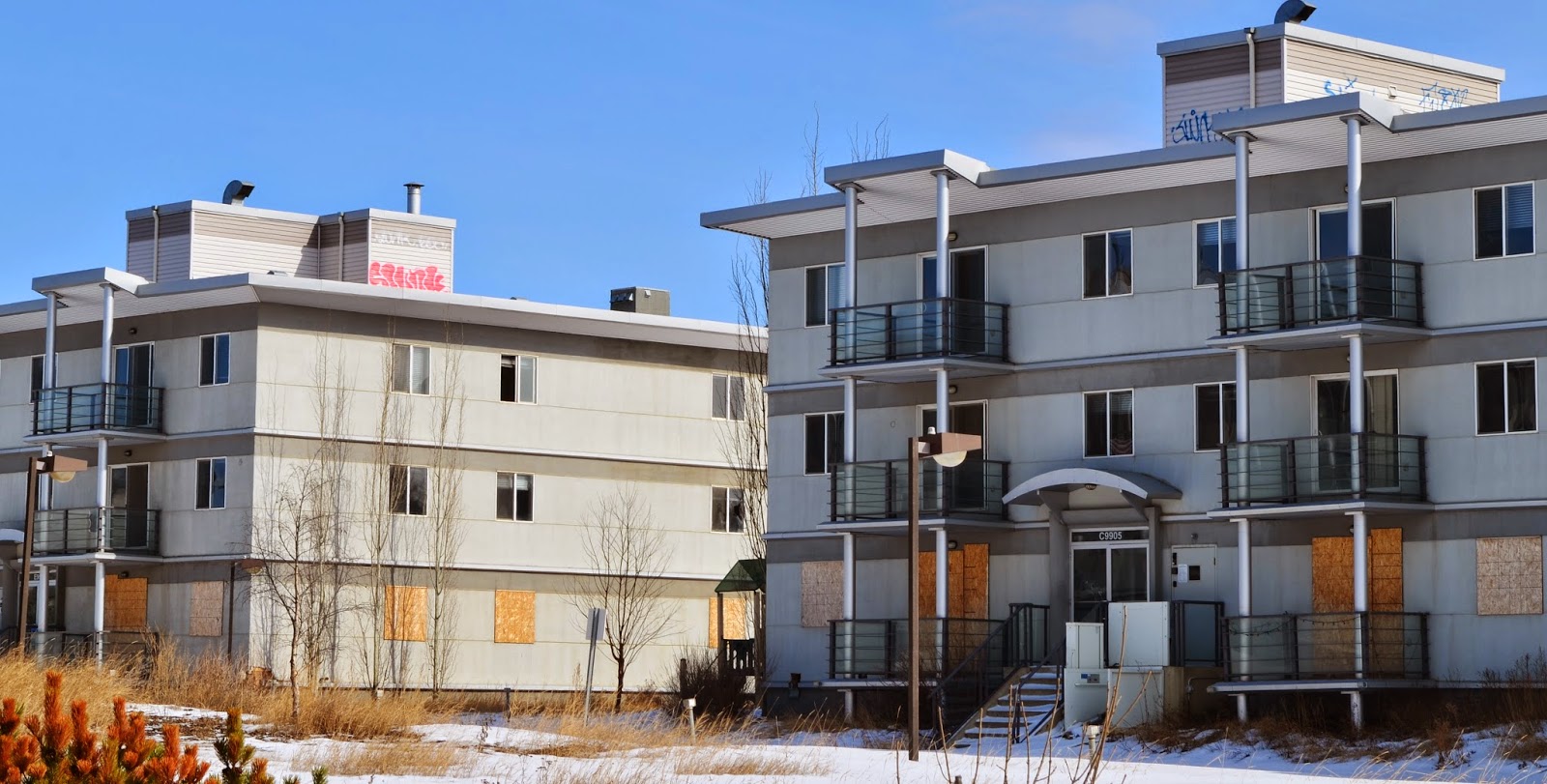 All photos credit to
the fabulous photographer
Joanne Leitch 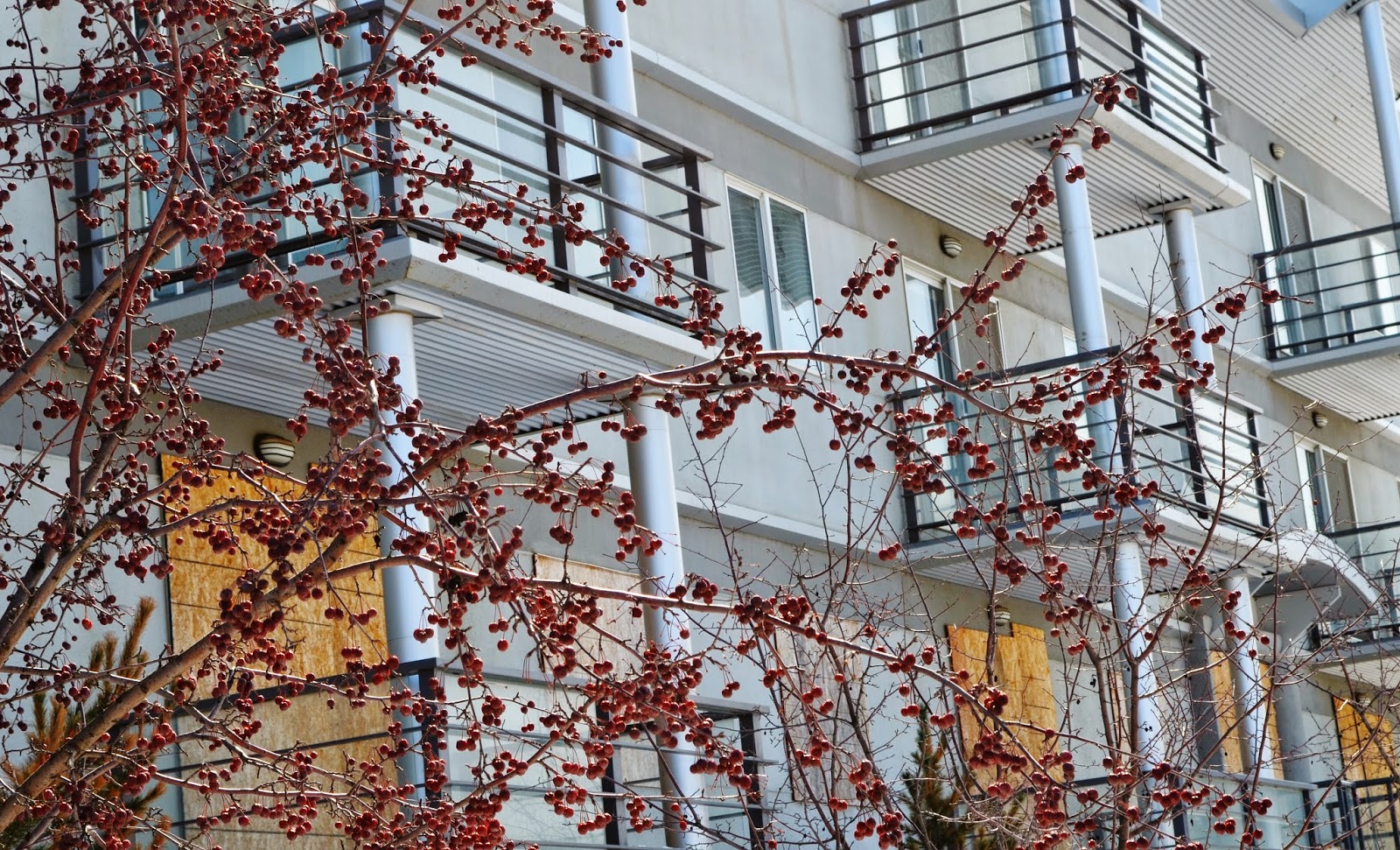 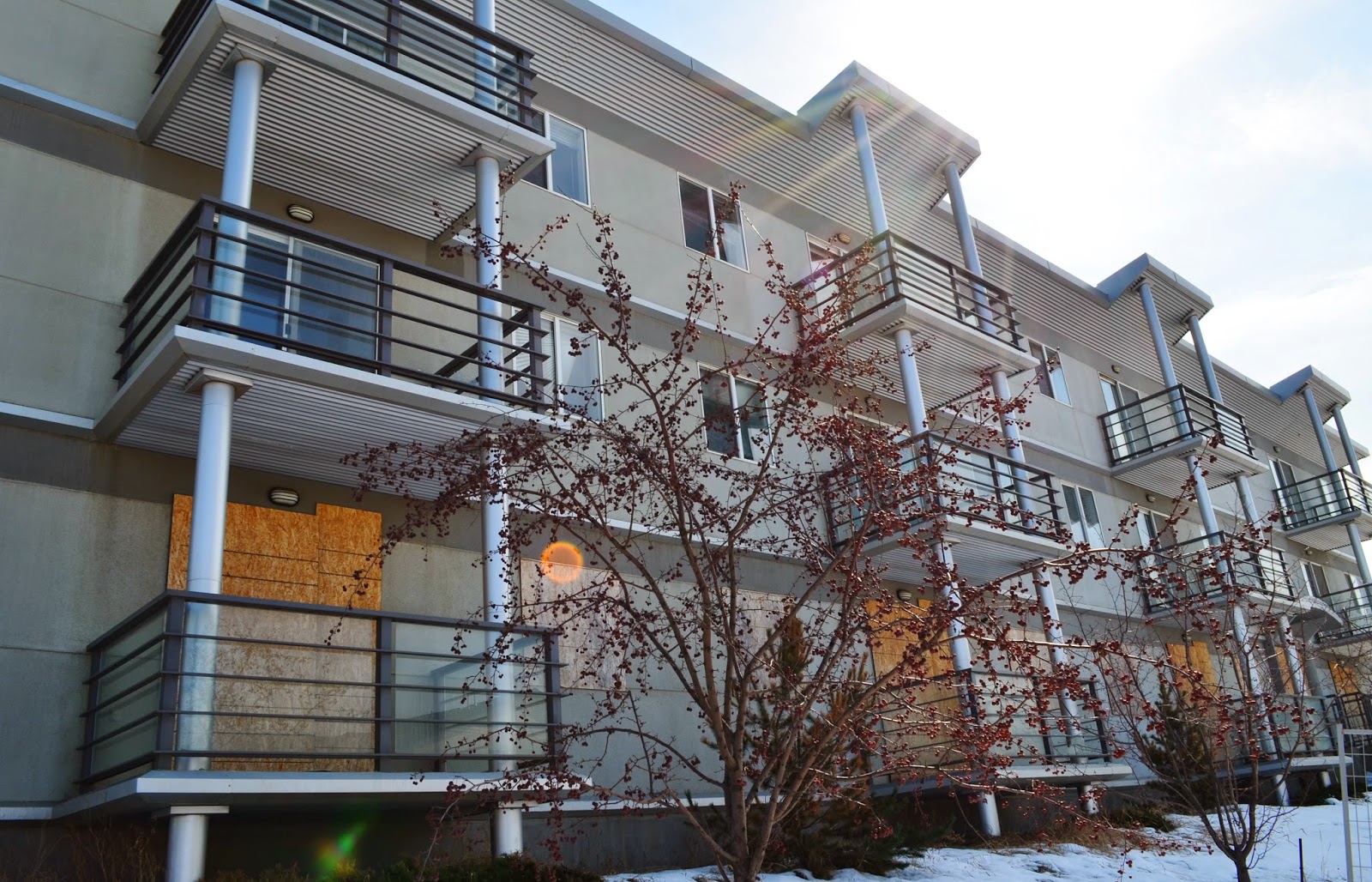 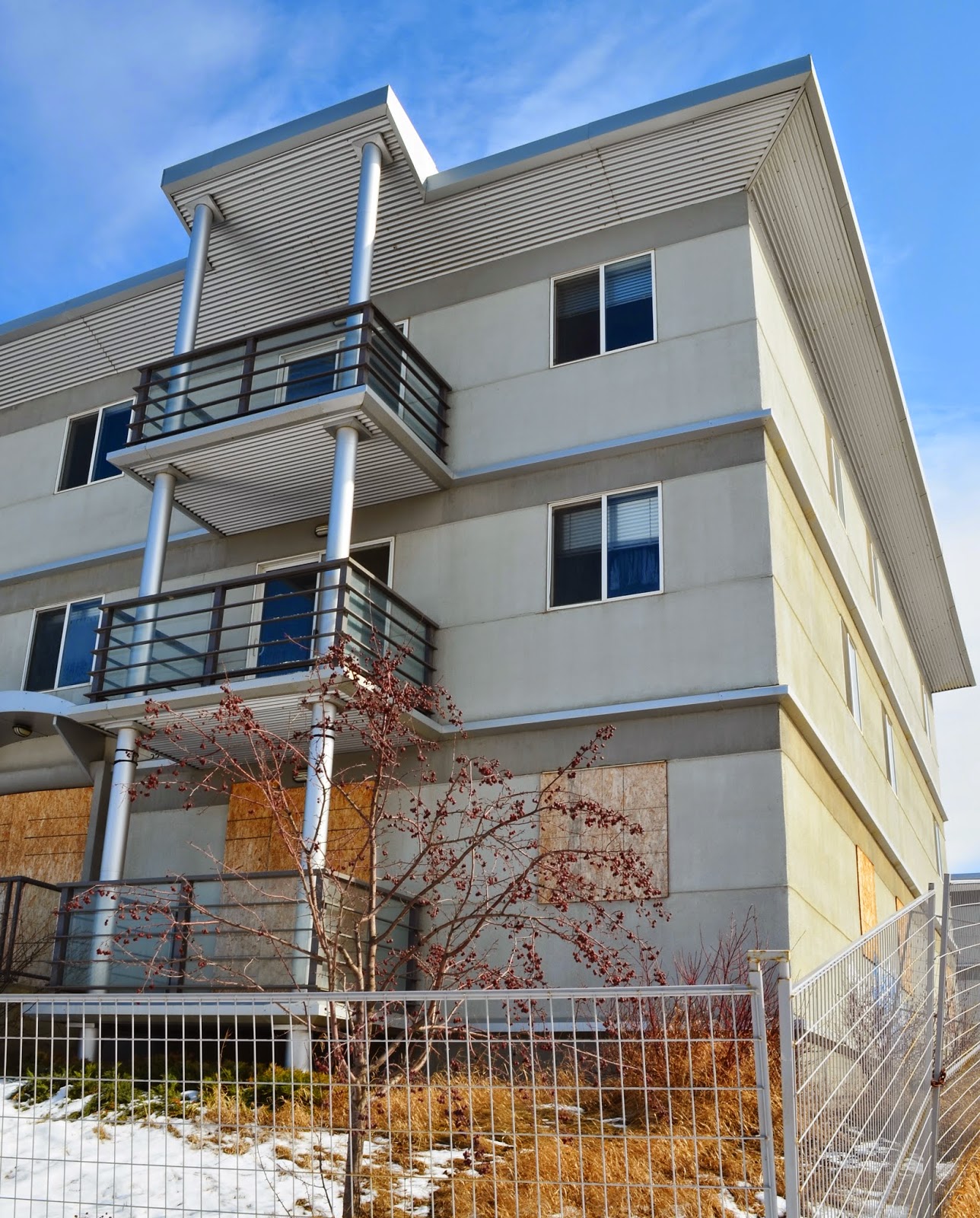 They stand there still, empty and abandoned. They have now been there for three years in this state, a cluster of buildings that were once homes. It is hard for me to believe I wrote about them first almost three years ago, and that over three years ago, on March 11, 2011, the residents in these buildings heard a knock at their door late in the night, telling them they must evacuate. 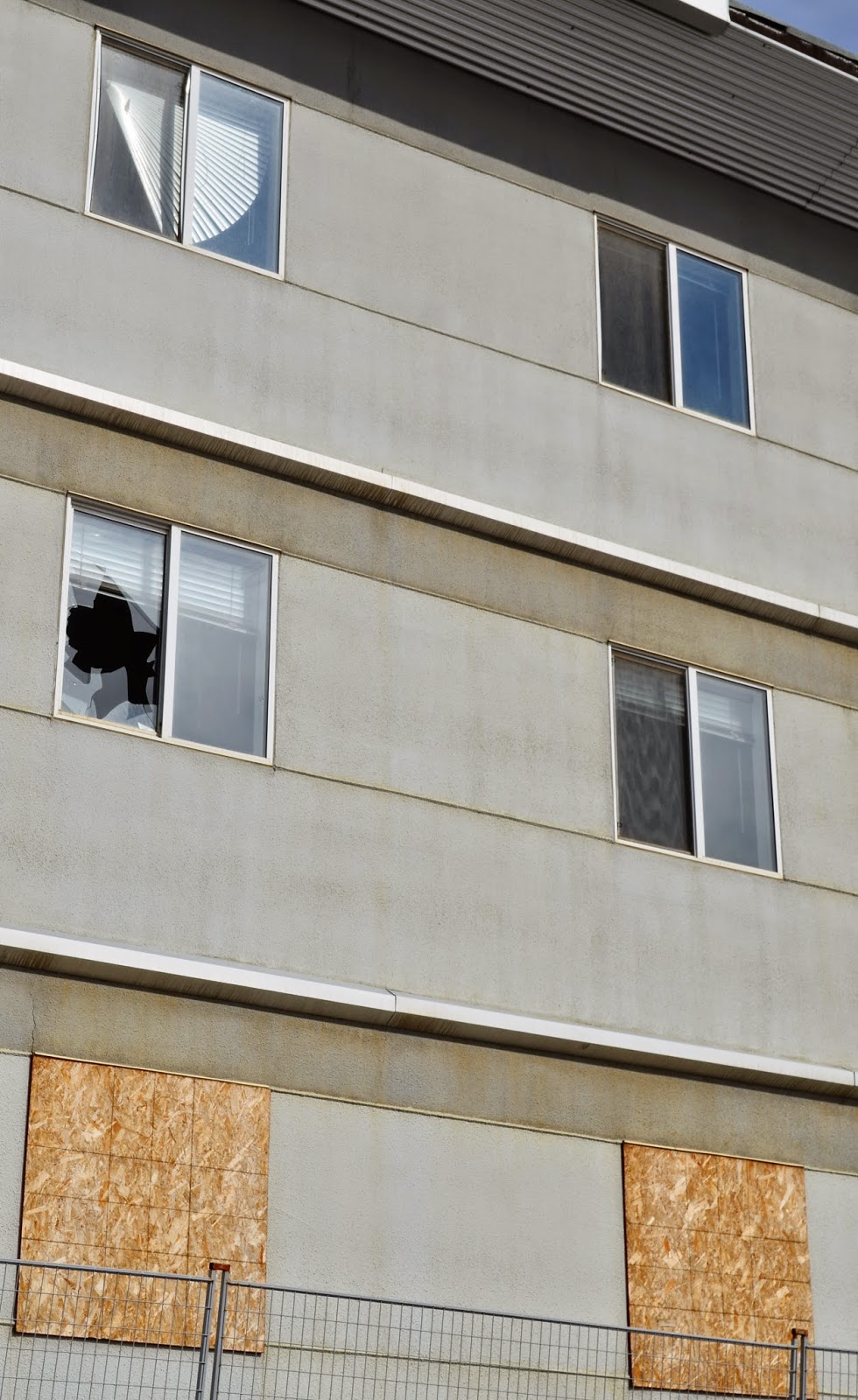 The residents didn't have days or weeks or months to leave, you see. They had mere minutes to gather their belongings and flee, the buildings deemed too unsafe for habitation. I cannot even begin to imagine their disbelief and shock. I cannot imagine the anxiety and fear and stunned realization that their home was no longer their home. And now, not days or weeks or months but years later the buildings still stand, a sad reminder of an end to dreams and hopes. 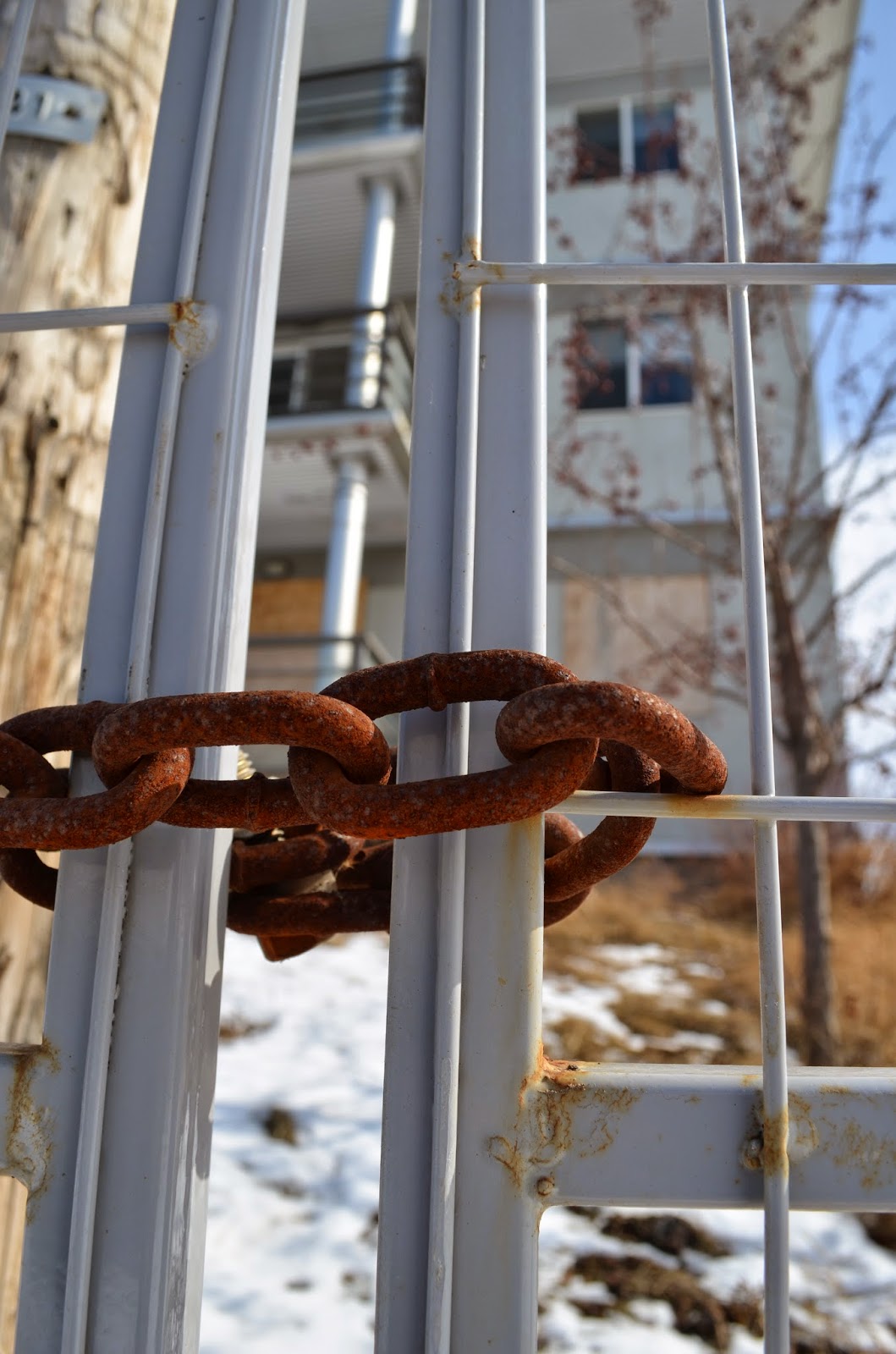 Penhorwood is Fort McMurray's very own boulevard of broken dreams. 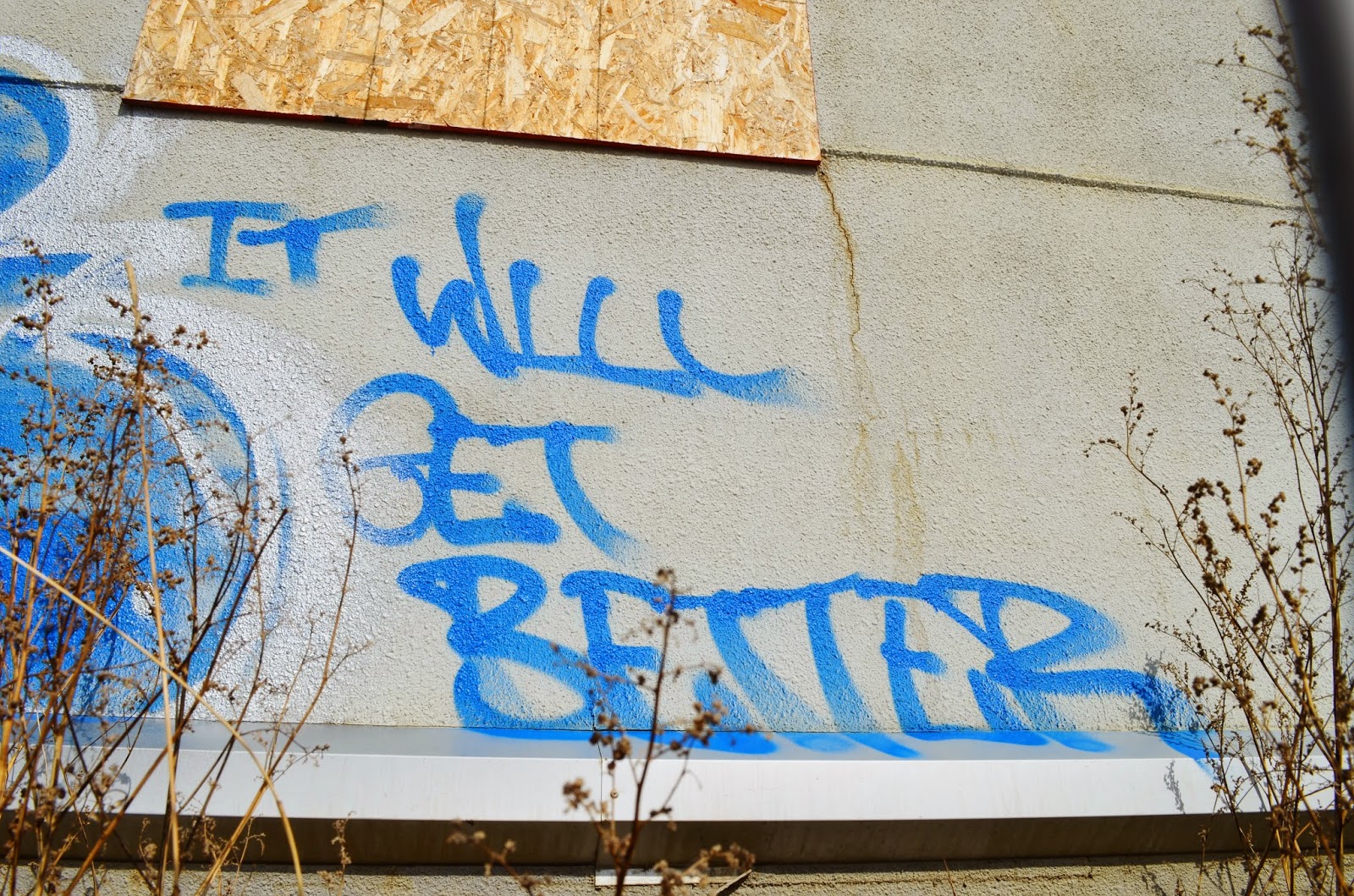 For some time these buildings were simply an unpleasant reminder of a dark moment in our history, and then, as the months wore on, they became an unsightly eyesore right across from one of the gems of our community. As time wore on the building began to fall into disrepair, with broken windows and the signs of lack of human tending becoming apparent. 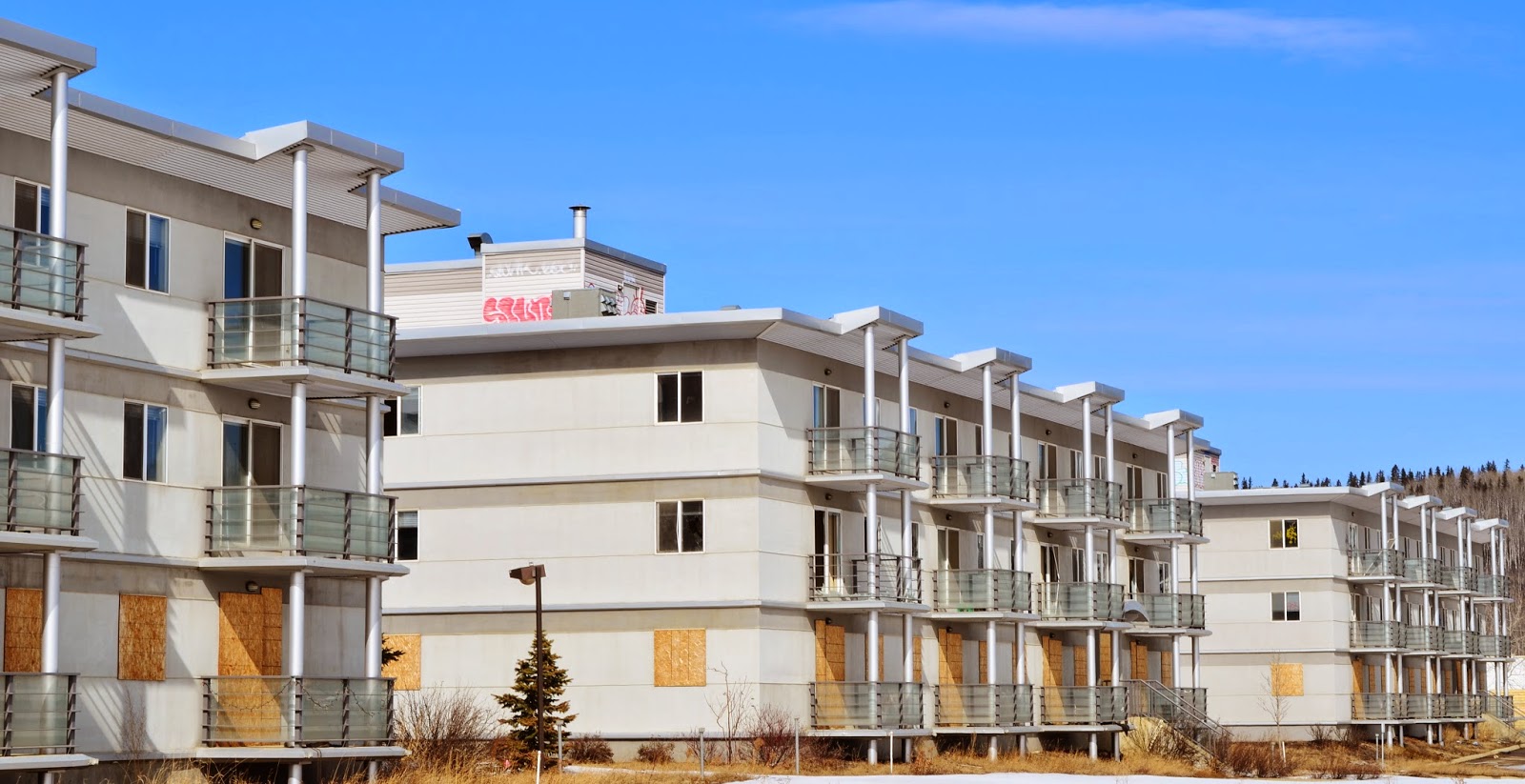 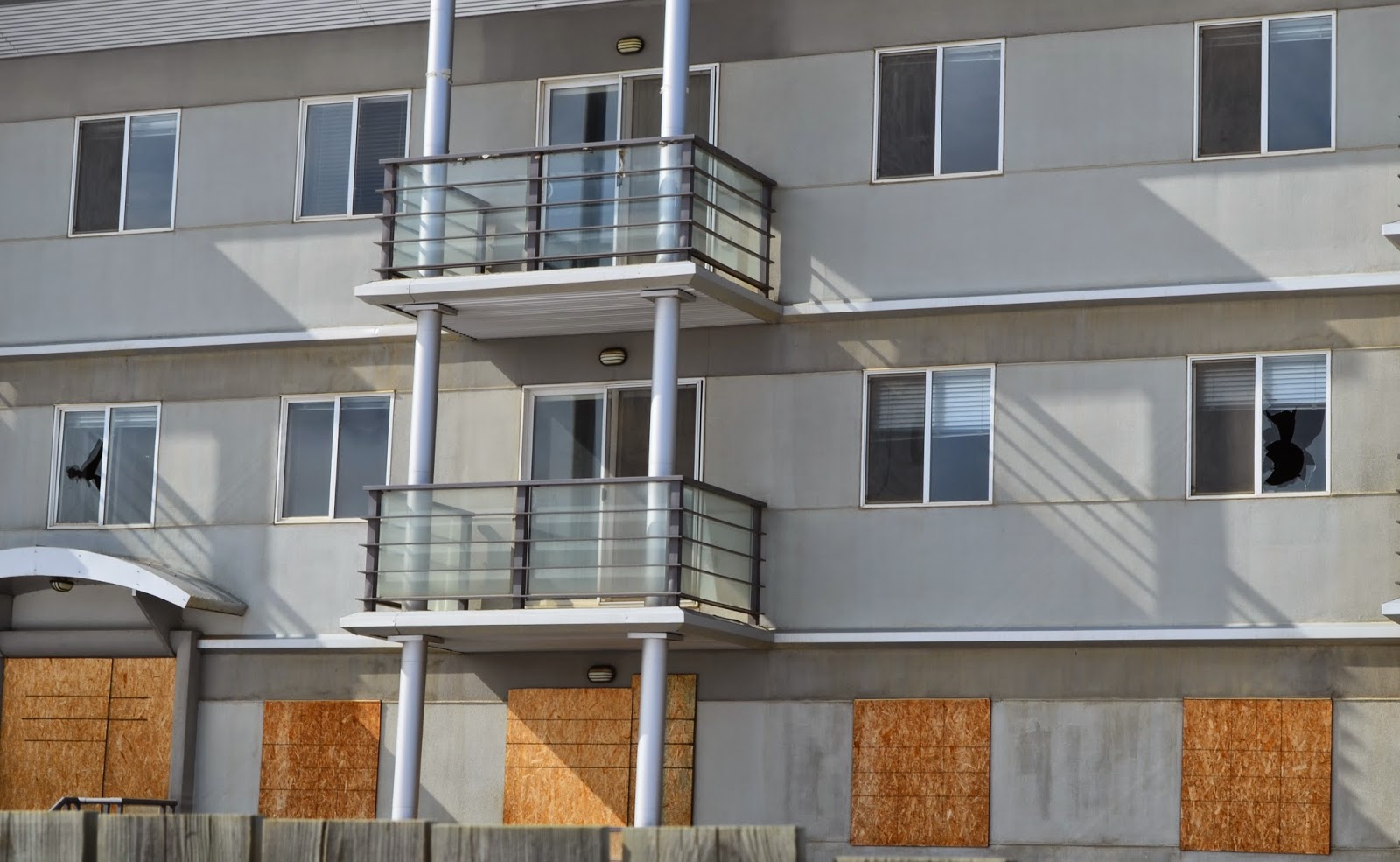 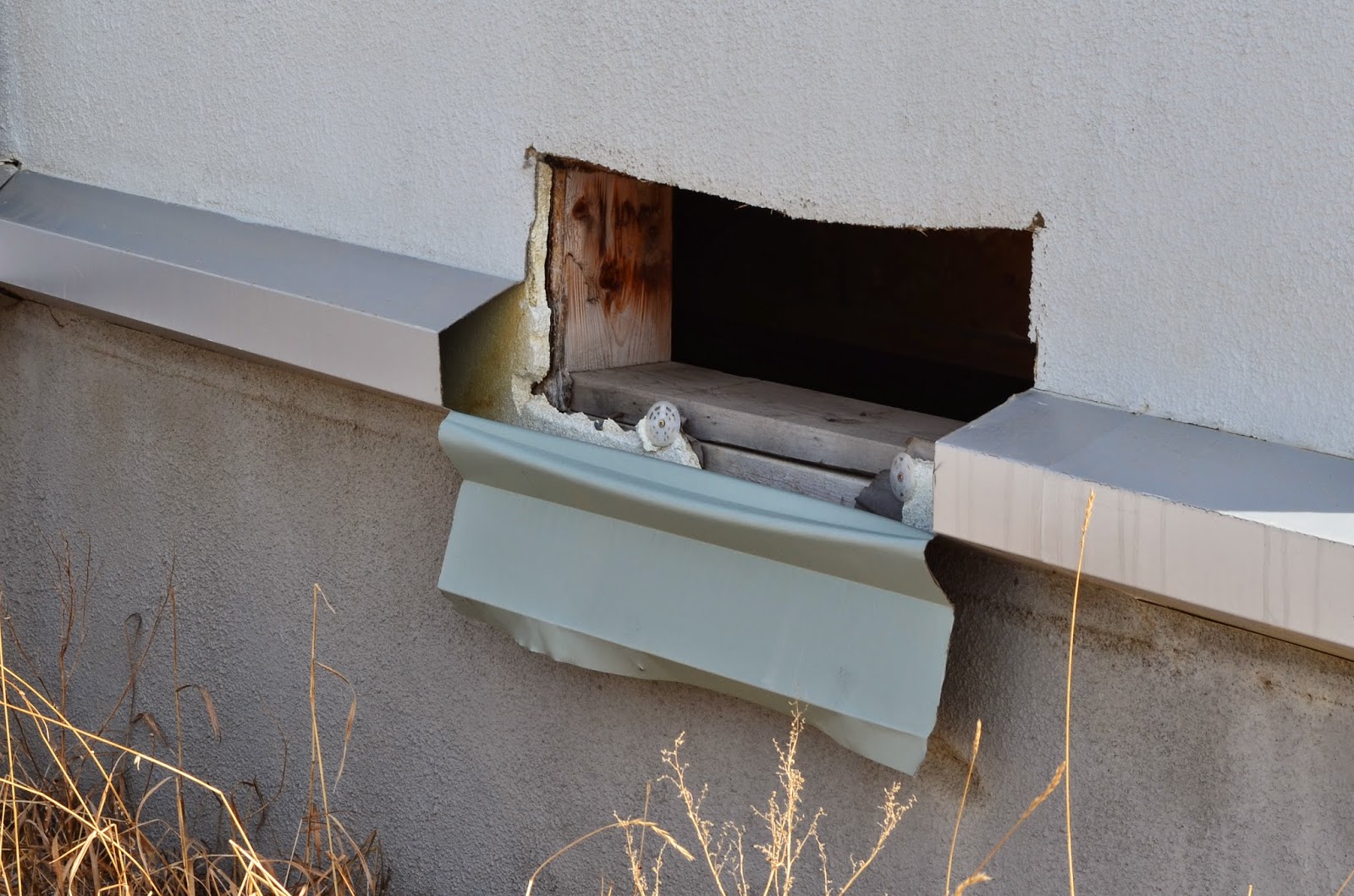 And then the graffiti began to appear, and the blight of these buildings began to grow, sharply contrasting with all the bright plans for our downtown core. For how can we plan and build for that bright future when this stark reminder of a dark past continues to stand? How can we look ahead as long as these buildings are still there? And it is worse still, because now these buildings, empty and abandoned, pose a threat to the safety of our residents. 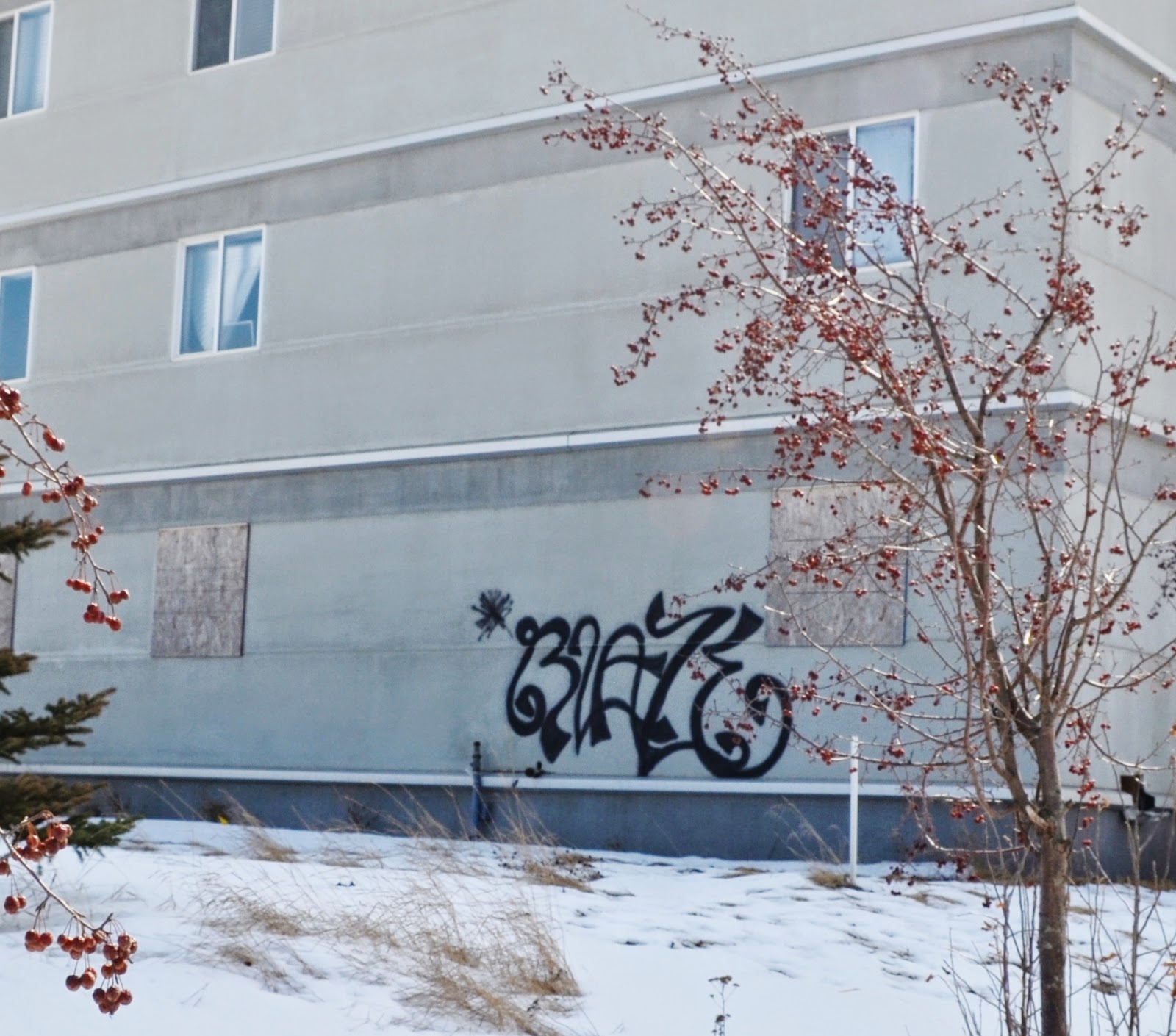 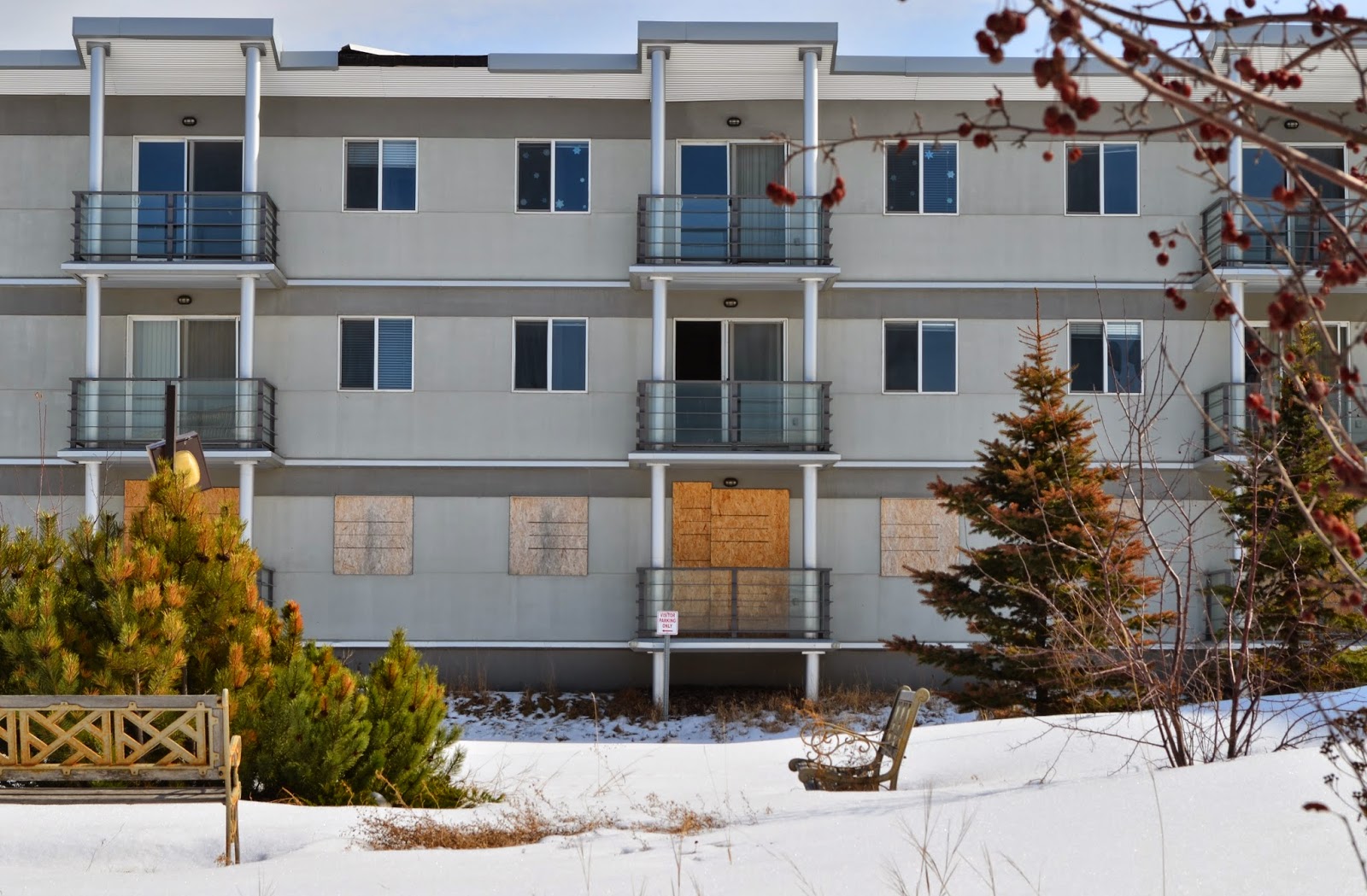 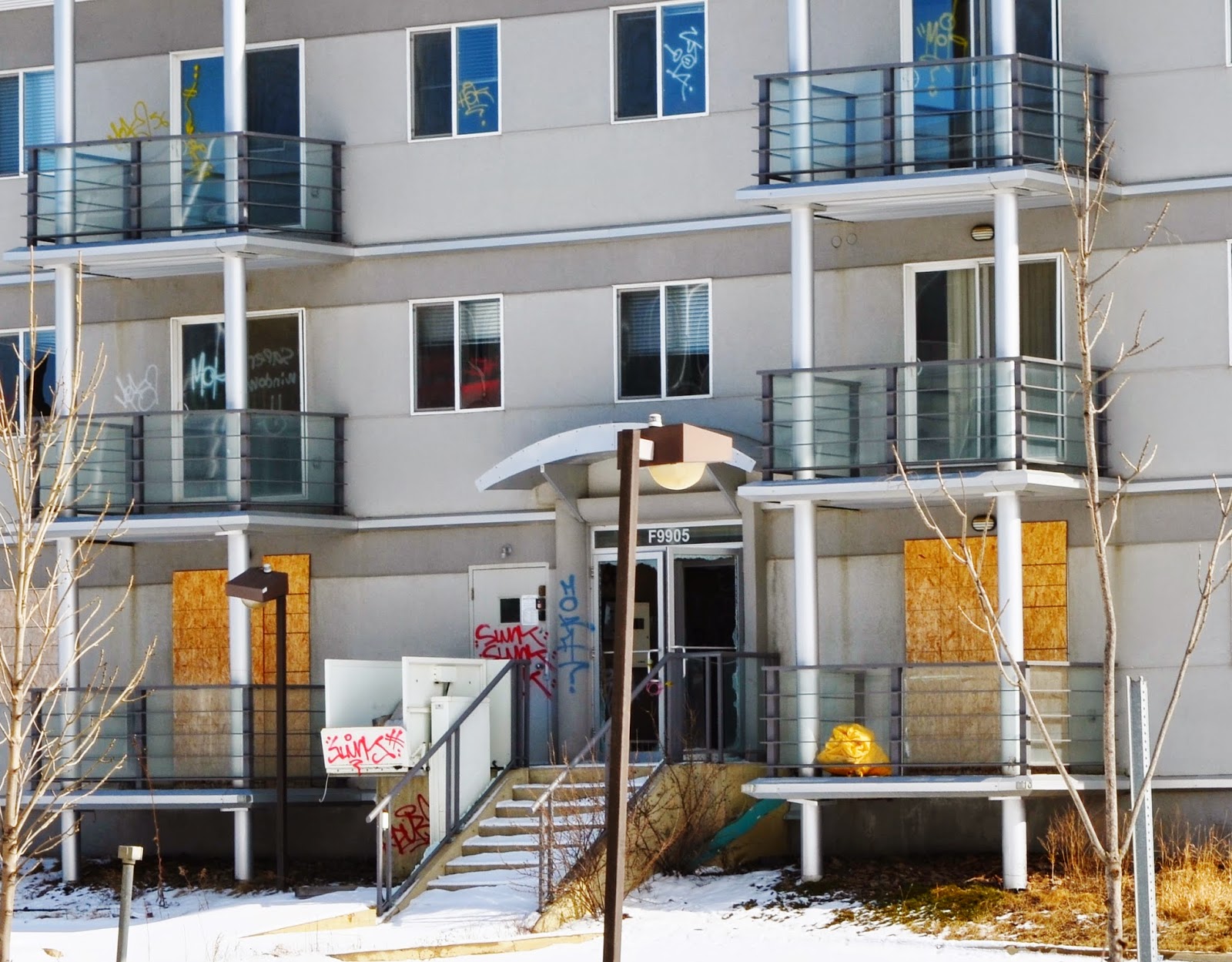 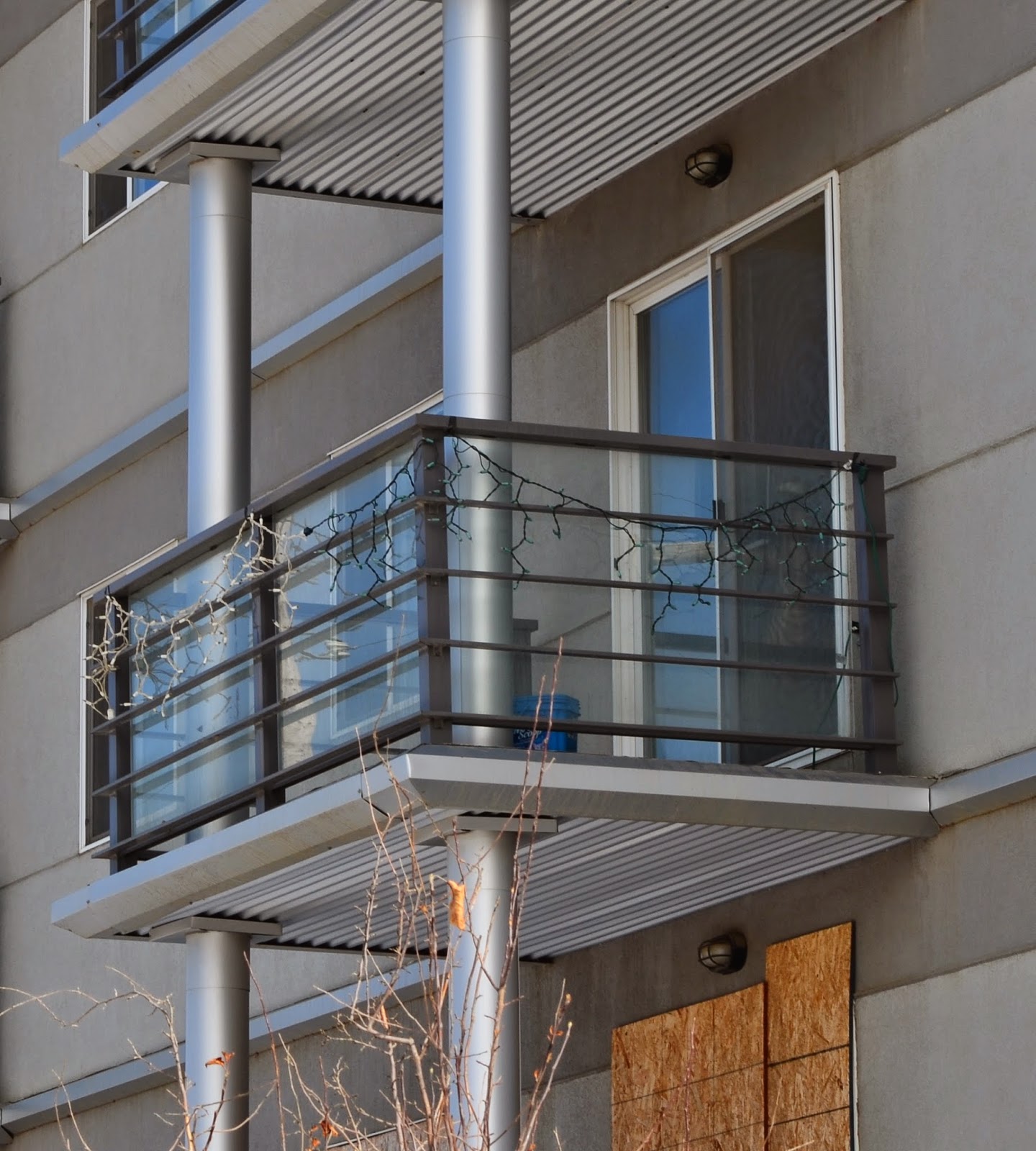 The easy access the graffiti 'artists' seem to have is worrisome. They seem to have found ways and means onto roofs and into the units themselves, which means that others can find the same access. Local youth looking for a spot to hang out. The homeless looking for shelter. And these buildings, once just a sad reminder of broken dreams, now become a real threat to safety. 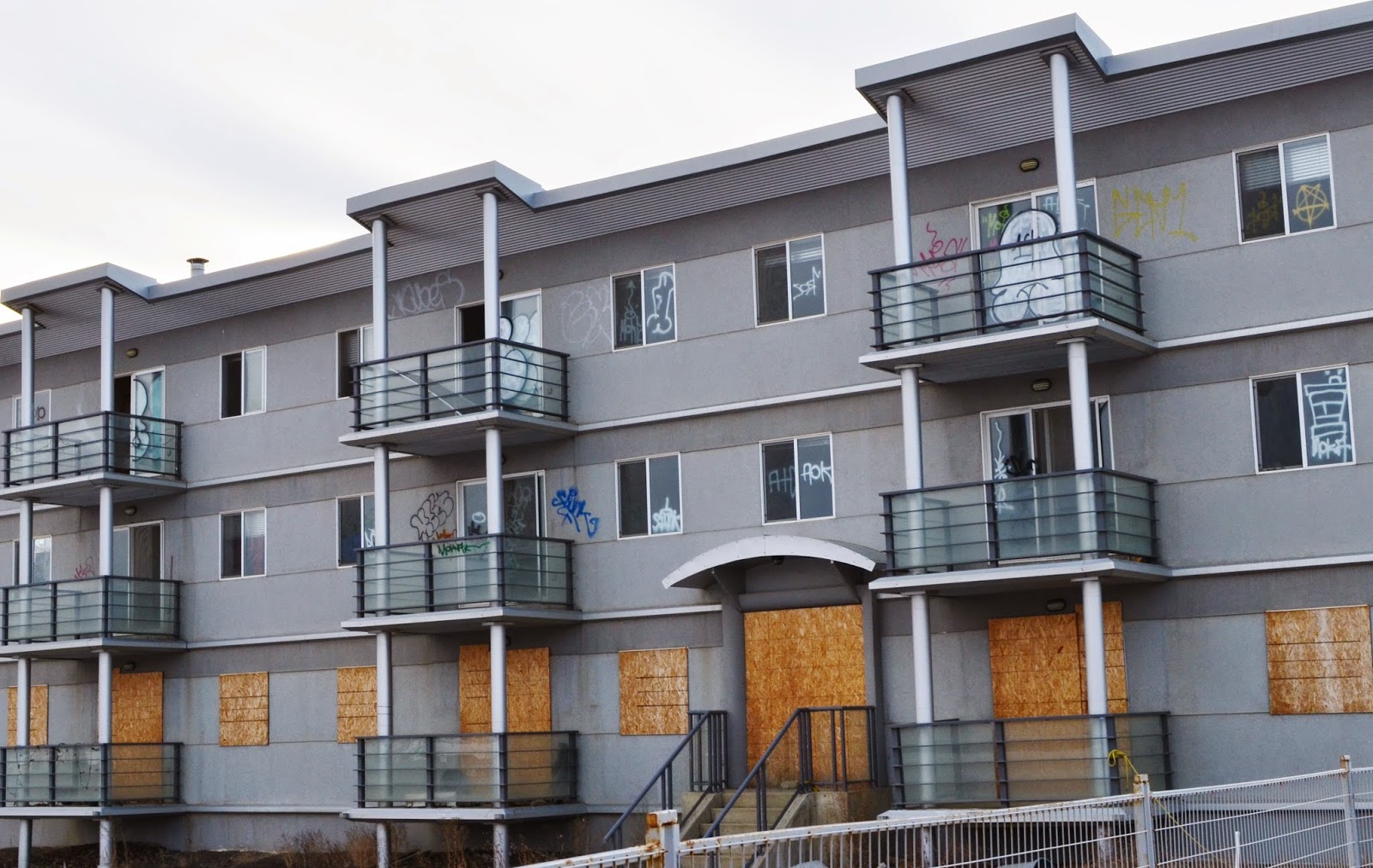 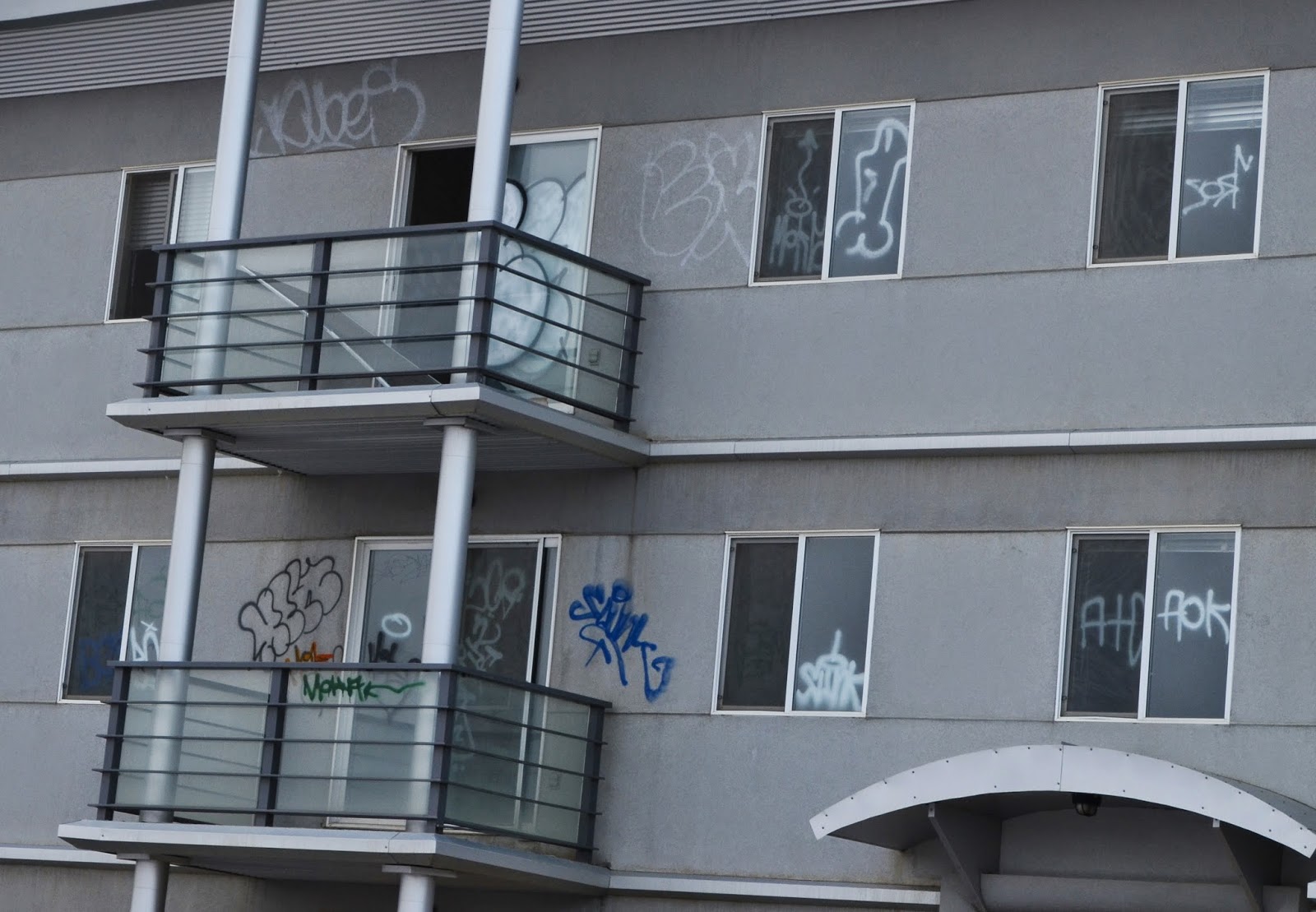 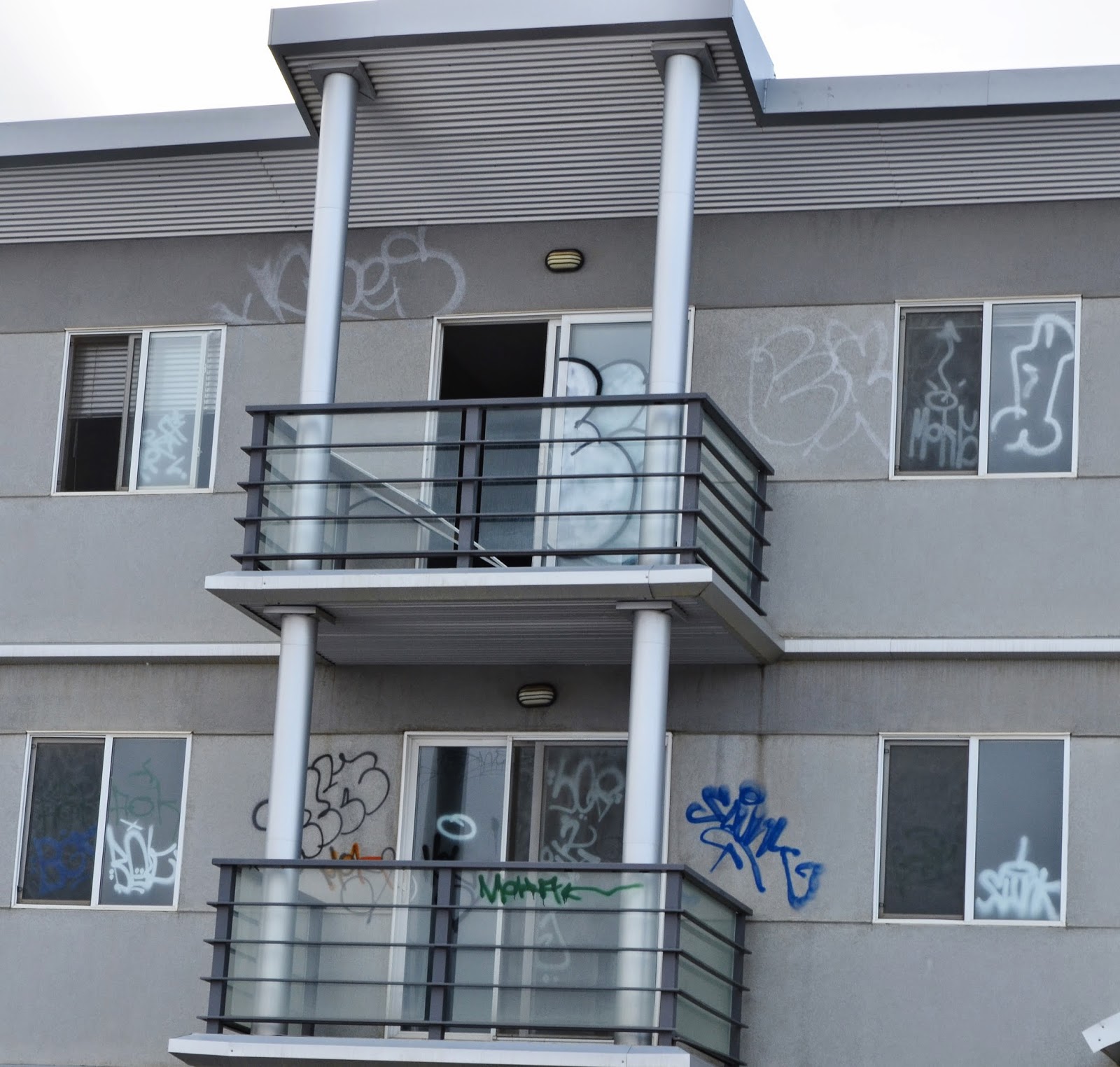 I fear that someone, a graffiti tagger or young adult or homeless person, will be injured in one of these buildings. A fall from the roof, a fire, an injury from broken glass, inhalation of the black mold that now festers inside...all of these are real risks. 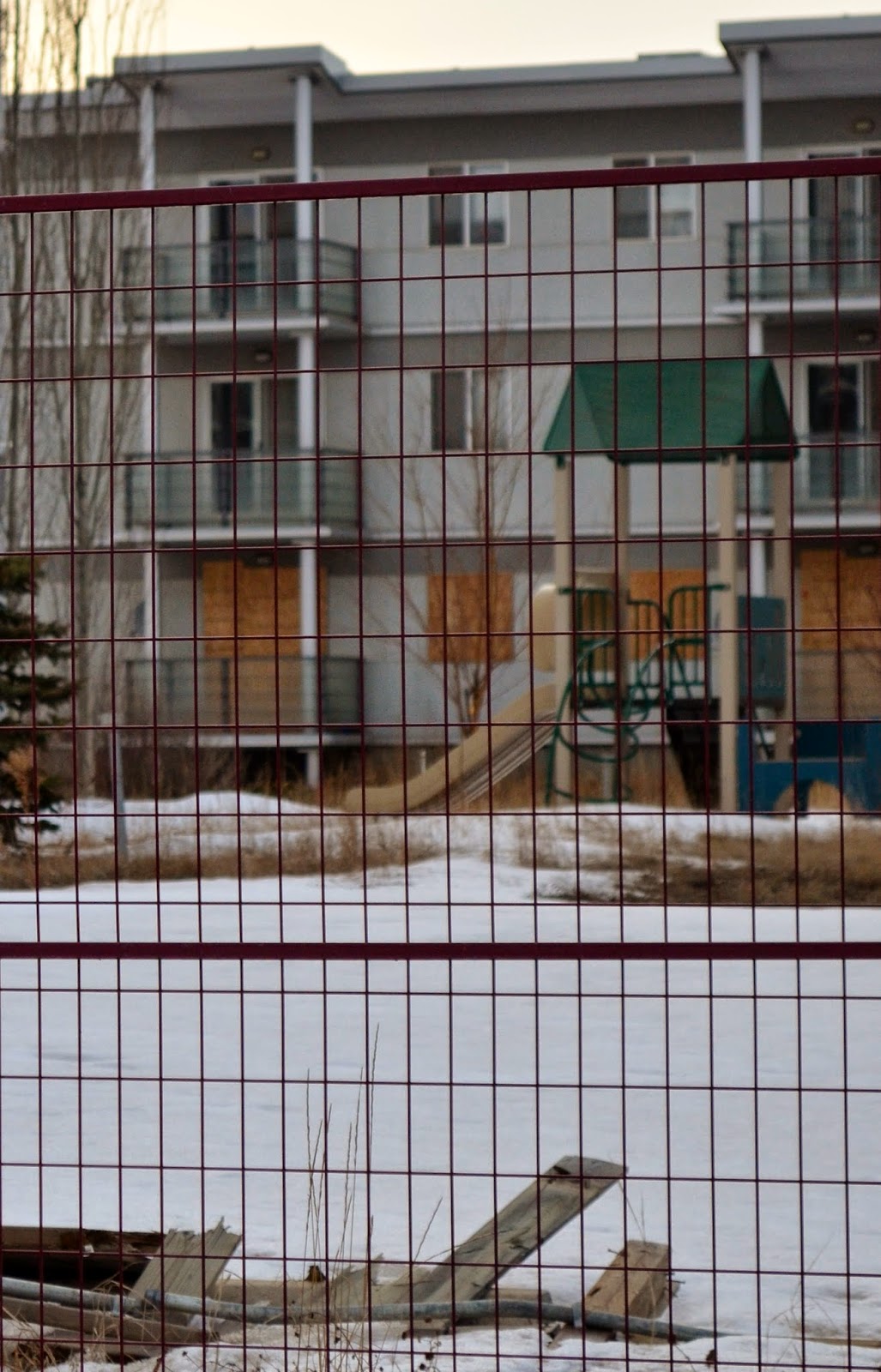 Somehow over three years ago these buildings were deemed unsafe for habitation and yet they stand there still, despite the initial concerns of the instability of the structure of the buildings. Why are they still there? An ongoing court case, an unsettled issue, a never-ending saga of hopes and dreams and development gone terribly wrong.

In the end why they still stand doesn't matter to me. What matters to me is that the time has come when these buildings must come down. 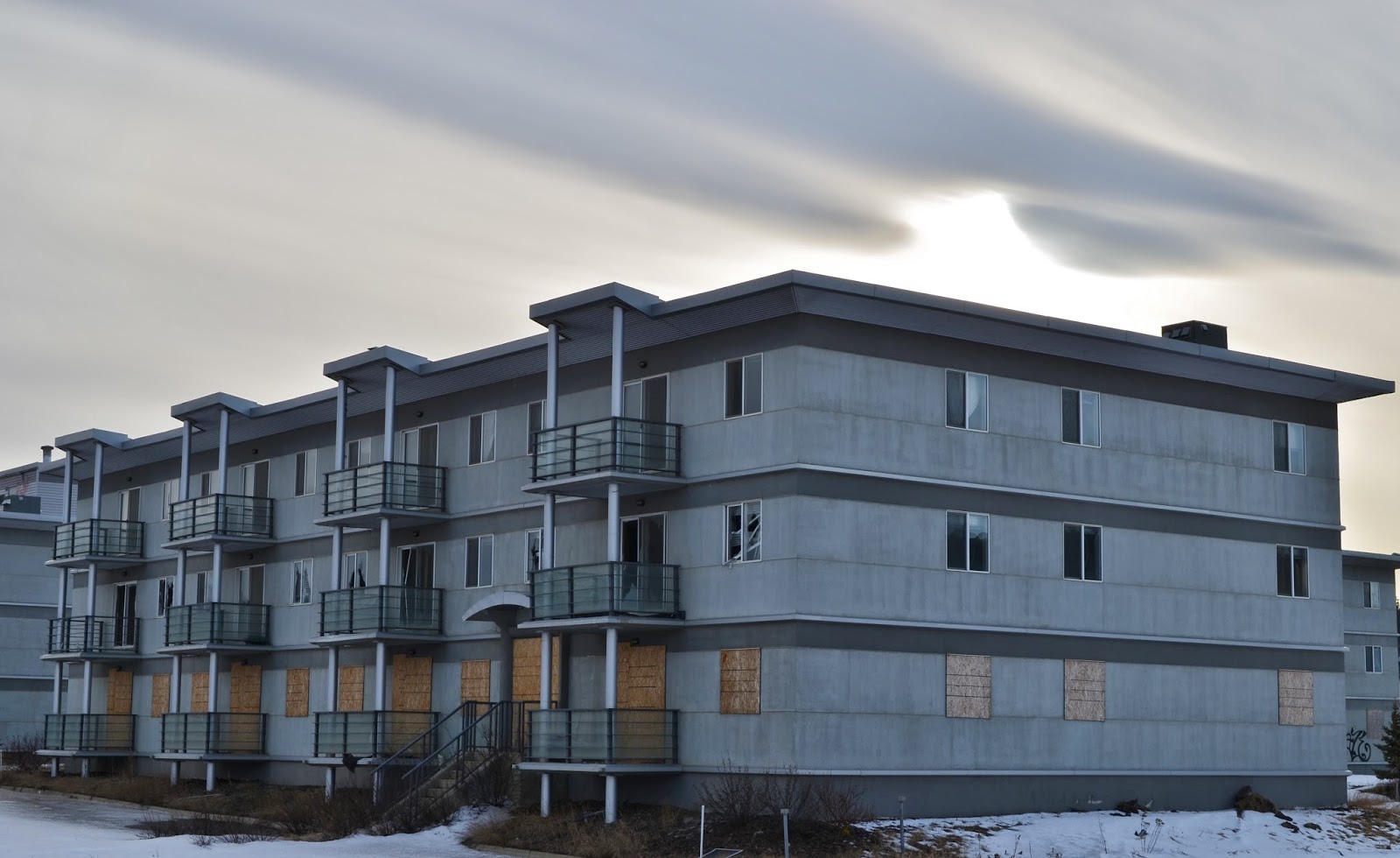 What a horrifying smack in the face these must be to the residents who fled in the middle of the night. What a brutal reminder of an event that left many lives in disarray, with financial and emotional repercussions still rippling through their lives. What a travesty.

My understanding is that a court order can be sought to level these buildings as being unsafe for the community and presenting a risk to those who are trespassing in them. Do the final inspections, write the final reports, take the last pictures, and then tear them the hell down and close this ugly chapter in our history, before a new page is written when someone falls from a roof or off a balcony. I humbly suggest that our municipal government address this issue immediately, and before a further tragedy compounds an already horrific saga. I think our community has lost enough to Penhorwood in the last three years - our hopes, our dreams and our faith. We cannot afford to lose any more.

It is time to level Penhorwood. It is time to let the courts sort out the mess but without the daily reminder of a dark period in our history. As long as they stand Penhorwood is nothing more than a boulevard of broken dreams, right in the heart of our community.