I first met Kevin Bergen when he was the vice-principal at Ecole McTavish, the junior high school the Intrepid Junior Blogger attends. I was the secretary of parent council then, and Kevin would attend those council meetings. I got a chance to know him, although at those meetings he had this habit of talking about equipment in the Industrial Arts lab at the school (something we called "shop" back in my school days), and when he opined about the beauty of spindle sanders he would pretty much lose me entirely as I couldn't tell a spindle sander from a spinning wheel. What I recognized in Kevin then, though, was someone who is passionate about students and education, and when he moved on to another position - as principal at Thickwood Heights Public School - I was genuinely sorry to see him go because I knew he was an asset to any school where he worked. 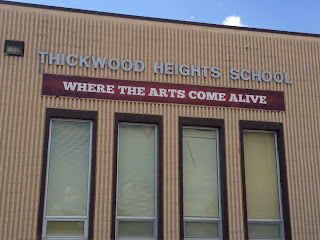 Last week, though, I had a chance to go and visit Kevin at his new school, and do a little tour there. I also got the opportunity to hear about the new direction the school is taking, and why - and about the smart phone app the school now has, an app that could have saved me a lot of chagrin - but I will get to that bit later.

As for the new direction of the school - well, Thickwood Heights School will next year become the first elementary school in Fort McMurray with an emphasis on the arts. There will be an increase in educational time spent on subjects like music, and art, and a new plan to incorporate the arts into the core curriculum. Why this direction? Because, as Kevin says, arts aren't just a facet of education - they actually help to enhance the educational experience, even in core subjects that seem unrelated. 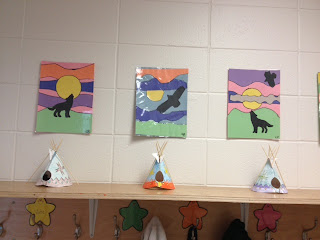 There is a great deal of evidence showing that artistic pursuits have a positive impact on education. Music has been shown to link to mathematics, with children who do musical training often performing better in mathematics. Visual art has been shown to help students better retain facts and figures, as it allows them to incorporate rather dry bits of information in novel ways. And performing arts build confidence and skill, allowing students to explore and expand their range of abilities. 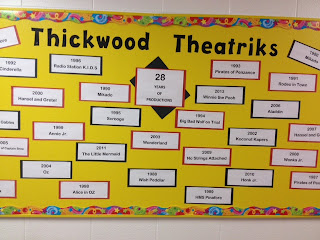 The reality is that the arts matter. Yes, they enhance our lives, and yes, they are often our hobbies and our leisure pursuits - but the reality is that visual and performing arts have been part of our history as humans. Since the dawn of time we have expressed ourselves through song, and dance, and painting. We find some intrinsic value in the arts, and I truly believe we are, as a species, hardwired to pursue the arts and enjoy them. I think they are a fundamental part of our existence, and it makes sense to me that music and math are linked in our brains. It makes sense to me to use arts to enhance and expand our education. And it makes sense to do it early, as the earlier we introduce children to the arts the more impact it is likely this enhancement will have. 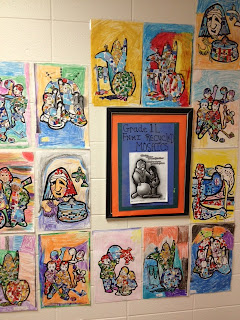 I took a brief tour of the school, and I was delighted with what I found. I think every school has an energy, and one can usually capture it by walking through the halls. The energy at Thickwood School is very strong, vibrant and energetic - and there is clearly already a strong arts presence. A long history of performing art, a strong music program, and a visual art program have already created an environment that is positive and enthusiastic, and one which can only grow with a new arts focus. 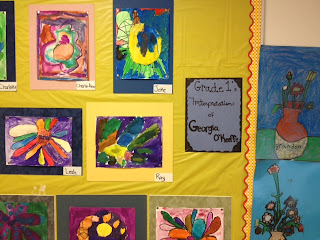 Now, about that smartphone application. Well, there is an incident I must share. Once, years ago just after Easter Break ended, I woke the IJB up early and got her ready for school. She was in Grade Six, and we lived a short walk from the school. Off she went, bright and early, while I curled up in my pyjamas to watch early morning television. And that's when I decided to check the paper school calendar - and discovered that there was no school that day. I flew out the front door, running down the street in my pyjamas, to find the IJB running up the street on her way home, she having discovered an empty parking lot and locked school. We cried, we laughed, and we went home - and that has gone down in history as one of my less than stellar parenting moments (and took me right out of the running for "mom of the year", too). Well, it could have been different, you see, had I had a smartphone app that would have merged with my calendar and told me there was no school that day. I could have been rescued from that particular parenting fail, and I would have not had to face what will likely be decades of the IJB beginning conversations with "remember that day when there was no school and you sent me to school?". I hate that conversation, people.

So, this smartphone app? You can use it to report absences, and to merge calendars, and to contact teachers and staff, and all the other things that are so incredibly handy. Frankly it would have changed my life when the IJB was in elementary school, and I am slightly bitter that I had to go through the experience without it. The other cool thing, though, is that Thickwood Heights School is the only school in Fort McMurray to be using such an app - but that isn't a surprise given that Thickwood is embracing technology as well as arts, through a program that will see an iPad in the hands of every student next year.

I guess I see what is happening at Thickwood Heights School as a renaissance. It is a community school with a long and rich history, and it isn't really changing but rather growing. It is embracing a new direction - the arts - and incorporating technology - through smartphone apps and iPads - in a way that will keep it a vibrant, energetic, and active school. With older schools there is always a risk of stagnancy, and, on occasion, that is accompanied by lower attendance rates, and, sadly, even school closures. By choosing a direction that increases relevancy and builds skills Thickwood Heights School will remain a corner stone of the community, and contribute new global citizens to our world, with a solid foundation in their core curriculum, as well as an enhanced appreciation and understanding of the arts. And the school is doing so with the strong support of a dedicated and committed education team, teachers and support staff who will foster the development of those students as they progress from the very early grades and transition into junior high. Under the leadership of principal Kevin Bergen they embark on a new education adventure, one I expect that will lead to great success - and to students who will excel, not only in elementary school but throughout their lives.