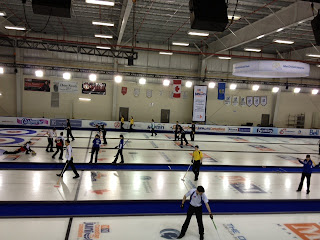 I will admit the thought made me laugh last night when I was stuck in traffic headed down to MacDonald Island Park. I'de left my house in plenty of time to make it there by 6 pm, I thought, but traffic on the 63 was crawling along for no discernible reason, so I had lots of time to sit and think. And sit. And sit. And sit. The thought that made me laugh? I was headed down to catch some of the action at the Junior Curling Championships, and I kept thinking about the phrase "hurry hard" and how I wished someone would shout that into the slow-moving traffic to get things flowing along.

A few months ago I was at the press conference announcing that the Junior Curling Championships would be hosted here, right in our community. I remember being very excited, because such events bring people to our community, and visitors to our city, when they discover who we are, tend to become ambassadors. They might arrive with pre-conceived notions of who we are and what we do but those often fade away as they learn the truth about us, and so I knew an influx of curlers and families and fans and coaches could only be a good thing. But I was excited about something else, too, because while I am no athlete I do value athletics, the pursuit of excellence and the passion for a sport. And shockingly I actually know a little bit about curling, too.

I grew up in Saskatchewan, and while my childhood was spent in a city my parents spent most of their lives in rural communities. The heart of those communities? Not the school, or the grocery store. Not even the church, I'm afraid. No, it was the curling rink, the home of the social scene on the rural prairies, where families spent their time curling, and building community. My father used to tell a story about a small prairie town, I don't know which one but it could be true of the dozens that dot the vast landscape in Saskatchewan. He tells how one year in fall two buildings burned down within days of each other - the church, and the curling rink. With a twinkle in his eye he would ask "Which do you think got rebuilt first?" - and, of course, it wasn't the church. Curling is a religion in small communities, and large ones, all over this country, and so I appreciate curling, having even played the sport myself a few times (not well, mind you, and in the small town I resided in the curling seemed to be just an excuse for the subsequent indulging in copious amounts of booze). But curling in Canada is HUGE, and so for us to host the Junior Championships is a major score, bringing not only hundreds of people but TSN television coverage, too. 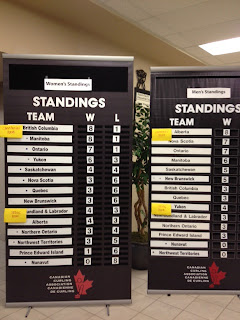 The stakes are high, with the winning teams moving on to compete at an international level, and the passion for the game is evident, as I saw last night. In arenas filled with flags and horns and fans dressed in provincially-proud clothing (there is nothing more adorable than the folks from Nova Scotia, trust me) young curlers from across our country are competing in a sport they love - and in which they excel, devoting their time, energy and passion to it. I watched with delight last night, the curlers under the bright lights at Mac Island (and frankly I think Mac Island is shining brighter than ever during this event, filled to the rafters with future ambassadors from around our nation). I watched sport and pride and community. I watched curling, but I watched so much more, too, because curling is so fundamentally a part of Canada. I watch national, and regional, pride set against the backdrop of our own civic pride, and I smiled.

I suspect I smiled the entire time, snapping photos and saying hello to those people who have come to us from other places far away. Many have probably never been here before, and for several days I have been running across them in local shops and restaurants as they enjoy our community (I was bemused when I overheard a server at The Keg explaining how busy they were by saying there was a "curling conference" in town - I couldn't help but giggle thinking while she clearly didn't know the lingo of curling even she recognized the impact). 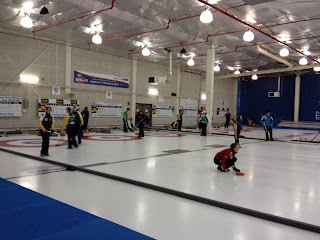 This weekend the curling championships culminate in a banquet, and then in the final games, ones that will determine which teams move on to compete internationally and represent our country on that world stage. That this will be determined here delights me more than I can say, because after this weekend, when they get into their cars and onto their planes they will leave having participated in a great curling event, but they will have done more, too. They will have blended into the fabric of our community, experienced our hospitality, seen our sites and gotten to know us. They will have a new perspective on Fort McMurray, and I hope they all go home having had a positive experience, able to share what they have learned with others. I hope they have had a helluva good time curling and cheering and participating in the sport about which they are so passionate, but I also hope they had a helluva good time here in Fort McMurray, too. 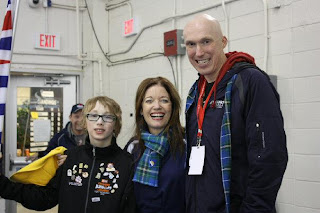 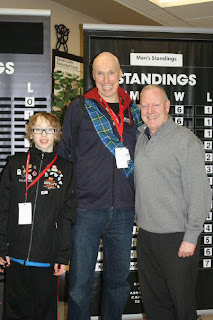 To all those visiting curlers, their families, the officials, the fans, and the rest - thanks for coming to see us here in Fort McMurray. Thank you for giving us the opportunity to show you who we are and what we do. To all the local volunteers, the staff at our local restaurants and stores, and the staff at MacDonald Island Park - thank you for providing our sporting visitors with an experience I hope they never forget, and one which they will tell others about. And to our local curling club and the organizing committee - thank you for being brave enough to bring a Junior Championship here, for doing the work necessary to make it happen, because I know it is a daunting task. I think it is safe to say it has been a smashing success, and one which I suspect will be repeated some day in the future, because curling is as Canadian as snow and northern lights. It's a sport connected deeply with who we are, our roots, and our identity. It's a sport about passion and enthusiasm and commitment and community - which makes it pretty damn perfect for a place that is all about those very things, too - my home, Fort McMurray. 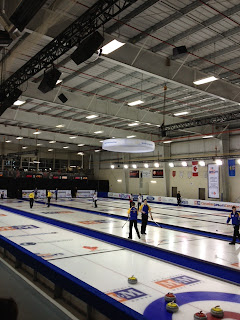