Today I am sharing something a bit more personal than usual, but with good reason. Thanks to "Bell Let's Talk"  people across Canada are discussing mental health today. I have long believed that the only way to address any problem is to remove the stigma attached to it, and in this particular case too often the stigma of mental illness prevents people from getting the help they need to cope. Mental health issues have been present in my family for generations. I was an adult when I learned my maternal grandfather committed suicide. My mother suffered from depression, anxiety, and paranoia her entire life. We have seen eating disorders, hypochondria, anxiety, depression, and postpartum depression in my family. Mental health isn't something that affects "other people" - it affects us all. This is the story of how it affected me, and how a very real physical pain had very real roots in my own mental health. This happened to me in this community, and so it has been part of  my life in Fort McMurray, too, which is why I share it here. If it somehow makes you think less of me because I have felt the effects of depression in my own life then I am in some sense sorry for you, because I truly thought it would never touch me, too - until the day it did, and I realized no one is immune.

If you are in Fort McMurray and suffering in silence then know this: there is help. Please reach out and seek assistance in dealing with whatever mental health issue you, or a loved one, are facing. There is no shame, no stigma, and nothing to lose. Please don't think you are alone - because you aren't. I know that all too well. 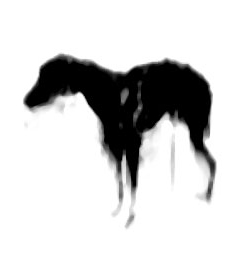 After I experienced it I did some reading about it. The phrase that kept coming up to describe it was "the black dog". Apparently that is what Winston Churchill called it when he experienced it, and it's a nickname that might have even older origins than that. What is "the black dog"? It is depression, dear friends.

The metaphor of a black dog that haunts you is an apt one for depression, and yet my own depression was not a black dog. No, my depression was a sort of misty fog that rolled in slowly after the unexpected death of my mother. It stole in quietly, until it blanketed my world and obscured all beauty from my view. I suppose that's why I didn't recognize it. Unlike a black dog that suddenly appeared where before there had been none this fog was sly and insidious, infiltrating my life so subtly that it simply seemed part of the landscape. Perhaps this is why it took me so long to acknowledge it, long after those around me had noted it.

My mother's death was tragic and quick, with but a few brief days in the alien world that is intensive care. I was there when she died, and I thought I handled her death, and the subsequent funeral, well. I did not really cry, or break down. I thought that signified coping when really it was nothing but denial and forestalled pain. I went through the funeral and the family visits afterward, and returned home to normal life - except that nothing was normal, especially me.

I began to experience severe stomach pains, pains that would wake me every night at almost exactly 3 am. I began to think this was a sign of a serious illness, and I sought medical attention. As the days went on the pain intensified, and I was slowly becoming incapable of eating or sleeping. The fog was growing daily, and yet I could not see it. I could not see the spring leaves on the trees, the flowers beginning to poke through the ground, or any other signs of the greening of spring. No, I was focused on this intense pain inside me, a pain I became convinced was connected to some horrible disease.

I went through two CT scans, an endoscopy, several rounds of lab work, x-rays, weekly visits to my doctor, and several ER trips. Each one found exactly nothing to explain the pain I was experiencing. The pain was real, it was intense, and it grew daily, just as the fog surrounding me seemed to increase. Finally, my husband insisted I needed help. I needed to see a therapist, and I needed it now. He arranged it, and I went. It likely saved my family, my sanity, my happiness, and my life, dear friends.

You see, the pain I was experiencing was real, but it was simply grief turned inwards. As I poured my heart out to my therapist, as I cried rivers of tears and told her of my pain, it began to diminish. The more emotional pain I expressed over my loss the less physical pain I felt. The more I cried the more the fog cleared. I began to see the logic behind my fears over the physical pain. I was afraid - no, terrified - at the prospect of leaving my daughter due to an unexpected illness - just as my mother had left me. The thing I came to realize, though, was that it was the fog that was stealing me from my daughter, not some mysterious illness. She was already experiencing losing me, losing me to a fog that she did not understand and could not see.

I had a few sessions with the therapist, and the fog began to clear, gradually but with increasing pace. One day I woke up and there were simply a few wisps of fog left, and I could finally see all the beauty again. This time, though, it was beauty intensified. It was as if seeing it for the first time, because the fog might have obscured my vision but it also left me with a newfound passion for that beauty. The fog left me with a hunger that needed to be fed, a hunger for music and words and excitement - and beauty.

I was fortunate. My depression was of the situational kind, brought on by an unexpected death and not a function of my body chemistry. It was not something that has dogged me throughout my life, although I know it could return some day. I am wary now, though, and I watch for those tendrils of fog licking at the window frames of my mind. I hope if the fog ever rolls in again that I will recognize it quickly and be able to address it just as promptly. I have seen the fog, though, and thus I have great empathy for anyone who suffers, whether theirs be a fog or a persistent black dog. I escaped the fog, and I hope they one day find the fog lifting or the black dog retreating into the distance. I am grateful every day for a family that loved me enough to help me clear the fog. I stop every day to appreciate something of beauty, whether it is a song or a flower or the face of my daughter. My black dog that was really a fog is gone now, and it left behind a renewed desire to live. I embrace that daily, and that embrace is just another way to keep the fog at bay. 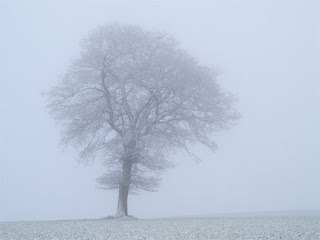