Do You Know What I Want For Christmas?

Well, people, it's that time of year, and I get to tell Santa (and all of you), what I want for Christmas. You know what I want this year? I want headlines and stories like this to end already :

CORNER BROOK — A provincial court judge says this province, and the courts, are seeing too much of the negative side of the “Alberta lifestyle.”
Judge Kymil Howe sentenced a 26-year-old Baie Verte man to a $6,000 fine Monday after he was busted for mailing himself 413 grams of marijuana from Fort McMurray in February.
Andrew Bailey claimed he mailed the drugs for him and his friends while he returned home for an extended winter stay. He was originally charged with trafficking in marijuana and conspiracy to traffic marijuana. The latter charged was dropped, and he pled guilty to trafficking, in August.
While Howe accepted the drugs were not for commercial use, she did caution the young man about the path such behaviour could lead him on. She said young people who go to work in Alberta often have a significant amount of money at their disposal and a lot of free time to spend it. Sometimes, according to the judge, that sets people on the wrong track.
She said often times those people end up back in Newfoundland as drug addicts, after losing their jobs and with no money — a “wasted human being.” She said it often starts with softer drugs, like marijuana, before leading to cocaine and crack addictions.
Howe told Bailey if he was caught and sent to court, and it changed him from that kind of path, that is one of the biggest impacts it could have.
In addition to the $6,000 fine, Bailey must pay a $900 victim fine surcharge. He was sentenced to a year’s probation, including refraining from the possession or consumption of non-prescribed drugs and partaking in any assessments, counselling or treatment deemed appropriate by his probation officer. A mandatory 10-year firearm prohibition was also put in place.
Bailey did not address the court, but his lawyer Jamie Merrigan said it was a major wake-up call for him. The attorney said his client did not understand the consequences of his actions. He referred to the shipment as “party favours.”
Merrigan said Bailey “stepped into the deep end of the pool without knowing how deep the water was.”
Bailey, who is expecting to return to Alberta this week, was given 14 months to pay off the fines.
Canada Post workers alerted the RCMP in St. John’s to a suspicious package, which was then turned over to the RCMP in Corner Brook. Police executed a controlled delivery of the drugs to the Baie Verte address, and arrested Bailey after he opened it. Two other small quantities of marijuana were seized at the location, along with a large quantity of drug-related paraphernalia.

Yes, again, people. The story, from The Western Star, came to my attention on Twitter, like so many of these do, and all I could do was shake my head, sigh, and sign in to write another blog post.
I'm a little bit frustrated in that I feel like I just fought this battle with an Ottawa journalist and a Toronto accountant. I'm a little suspicious that the judge's comments about having a significant amount of money and a lot of free time to spend it sound an awful lot like the comments that Toronto accountant made in the Sun Media article (an article which ran nationally, and which makes me wonder if the judge might have picked up the Sun paper that day). I'm a whole lot annoyed that it seems the "Alberta lifestyle" is getting blamed instead of personal responsibility for  buying, using, and mailing drugs (and who in their right mind mails drugs through Canada Post?!?).
Look, people, the Alberta "lifestyle" is no different than the lifestyle in every other province I've ever lived in, and I've lived in a few. There are drugs in Alberta, Ontario...and yes, even in Newfoundland. To lay the blame at the Albertan doorstep is just once again avoiding responsibility both provincially and personally. Alberta didn't buy those drugs, it didn't wrap them up in a package, and it sure as hell didn't mail them to Newfoundland. The individual charged and found guilty did that, so how about he shoulders the blame instead of trying to blame our province, our economy, and our community again?
I don't show the Intrepid Junior Bloggers articles like this. I don't want them to think that judges are explaining or somehow excusing criminal behaviour by assigning the blame to outside forces. I don't want them appearing in court one day using the defense that they were speeding because car manufacturers make such fast cars - or that they are using and mailing drugs because the province they lived in made it financially easy for them to do so. That's not an excuse, it's not a reason, it's not an out, and it's not acceptable on any level. Even my kids know better than that.
I have nothing against Newfoundland. I've met many lovely people from there, I have a family member who lives there and loves it, and I've heard it's a beautiful place (and one I would like to visit some day). What I don't think is that it is some drug-free, problem-free, utopian province that can blame it's woes on the "Alberta lifestyle". Just maybe this judge in Newfoundland should be assigning the blame to people who choose to purchase, use, and mail drugs. Just maybe it should be about personal responsibility, not about blaming another province for such issues. Who knows? Maybe the individual in question was using and purchasing drugs before he even arrived in my province, thus bringing his lifestyle with him and impacting my community. But I'm not about to blame Newfoundland and their lifestyle for that, people. I prefer to think the responsibility lies with the individual who bought and mailed marijuana. I know, crazy talk, eh? 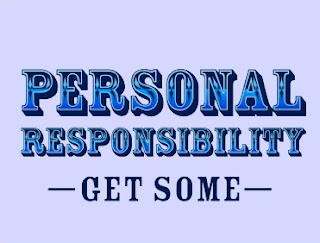