It’s Ival Weekend in Fort McMurray. Never heard of Ival Weekend? Well, that is probably since I just made it up, but it seems fitting since two of my favourite events, which happen to end in “ival”, take place this weekend.


Sustainival, the world’s first green carnival, is back in town once again to dazzle, entertain and guarantee dozens of upset stomachs and spinning heads thanks to the dizzying carnival rides. I have written about this event many times, but it never loses its appeal for me, not just because of the concept but because of the people behind it. I am genuinely humbled to call Joey Hundert, founder of Sustainival, a personal friend because we don’t often have legitimate creative geniuses in our lives and I am tremendously fortunate to have a few, including Joey. Joey took the concept of a standard carnival and fuelled the idea with bio-diesel, and added an educational component that made learning about sustainability fun through the Green Beast Eco-Challenge. Joey involved schools and school districts, and opened the whole thing up to the children who will lead us into a sustainable future (and in no small part I believe Sustainival is responsible for setting the Intrepid Junior Blogger on a path to engineering physics, with an ultimate goal of developing sustainable technology for space exploration). Joey involved social profit groups so they can benefit from the carnival, and so groups near and dear to my heart are part of this carnival/festival/funival/Sustainival extravaganza. And then this year Joey and his colleagues (because over time he has attracted several other creative geniuses to his idea, too) added Driftcross, which is fundamentally Big Wheels bikes with motors for big kids (meaning adults) and the Bag Jump, which encourages people to jump off a tower and into one of those giant inflatable bags you see on movie sets for filming stunt action.
And you can still get carnival food, too, like nachos in a bag and mini donuts – but when you do you can reflect on the fact that the oil that fried your donuts might soon be fuelling the Tilt-A-Whirl. It’s all a bit mind-boggling and inspiring and makes you wonder what else we can make sustainable in this way and suddenly your mind, inspired by the moment, goes off in a million different directions (which is what spending an hour with the Sustainival folks does for me, as I find myself feeling both slightly inadequate in the “creative genius” department and absolutely inspired to do something really clever as soon as possible).


And speaking of creative geniuses, there is another ival on this weekend – the Fort McMurray International Film Festival (YMMIFF), hosted by my friends at the Fort McMurray Filmmakers Association (YMMFMA). Talk about feeling humbled – when I spend time with these friends I am always in awe of the intricacies of film making, the true delicate nature of the art and how much about it I don’t know but find fascinating. I doubt I will ever be a film maker as my skills are definitely dubious in this field, but I know I enjoy the end results tremendously, and the three nights of the film festival offer an opportunity to sit back and take in all the talent and skill that goes into making films both long and short. My favourite part may be the 48-hour film challenge though, a competition that pits rival teams against each other to write, film, edit and produce a film containing certain key elements in 48 hours. If that isn’t a form of genius, I don’t know what is.
Once again I am honoured to consider the Board of Directors of the YMMFMA – Tito, Todd, Ashley, Misty and Steve – personal friends. They are creative geniuses much like my pal Joey Hundert, and like Joey they are creative geniuses who don’t just come up with great ideas but who bring those ideas to life through hard work, effort, personal investment and a belief in what they are doing and how it will benefit others. After all, a creative genius who has great ideas but does nothing with them is just someone with really great ideas that will never, ever change the world, have an impact or be remembered. Creative genius is great – but creative geniuses who can execute and deliver their ideas? That, my friends, is a killer combination that leads to changing the world.


There is a quote I quite like, and it is this: 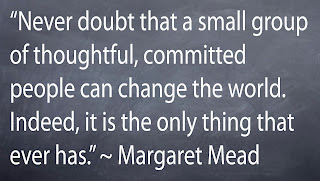 How do carnivals and film festivals change the world, you wonder? How are the people behind these events making their small contributions to history and helping to chart our future? They are doing it not through billion-dollar plans and mass marketing, but through individuals like you and me who will go to the events of this “ival” weekend and be forever changed as a result. I cannot encourage you enough to check out Sustainival – go for the carnival rides and stay for the education about how we can make our world sustainable. And then head to the YMM IFF – go for the films from around the world and stay for the amazing efforts of our local filmmakers in the 48-hour challenge, and marvel at how truly remarkable the people in our community, including those behind the YMMFMA, are.

Enjoy Labour Day weekend, my friends – or, as I have dubbed it, YMM-Ival weekend!


All you need to know about Sustainival!
Check out the movies at the YMM International Film Festival
at September 02, 2015