International Women's Day - and Leaving the World a Better Place 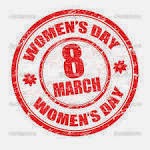 When this day rolls around every year I cannot help but reflect on all the amazing women in my life, all those I have been honoured to know. Strong women, courageous women, women of kindness and compassion.  I think about the challenges women have faced and the challenges they continue to face around this world- and I think about my own role as a woman and most importantly as the mother of a young woman.

On Friday I wrote and published a blog post that proved to be quite controversial, as I expected it would be. On occasion though I forget how people can react to such posts, because people are often unnerved by people expressing opinions that diverge from their own. The post inspired some healthy debate, which I was pleased to see as all good, controversial writing should inspire debate - but it also inspired attacks on the author - not just on her opinion, but on her person, and, of course, that author is me.

With every controversial post I write I receive messages and emails questioning my competency, my integrity, my decency, my intelligence, and, on some memorable occasions, my very right to live. That expressing an opinion in this world can lead to such behaviour by others is deeply troubling to me, particularly when I discussed this with some male friends who also happen to write and who have told me they have never received such messages. Oh, people objected to their views on occasion, suggested they were dead wrong, but they never suggested to them that they were not smart enough to be a writer, not better suited to life "in the kitchen", not a "cow", or "stupid" or a "dumb bitch".

Yes, misogyny is alive and well and I know because I have been the recipient of it. When I scroll through the messages I have received over the years about things I have written it is startling to see how often my gender is directly or indirectly referenced in the criticisms of my work. It seems we still have a long way to go when it comes to seeing gender as immaterial and when it is not used as a weapon.

Perhaps that is one of the reasons why I do what I do, and why I refuse to back down even when what I have said is controversial. Perhaps it is because I want the Intrepid Junior Blogger, a young woman with formidable intelligence and strength, to understand that her gender should not only never stop her from doing anything but should never be used against her, regardless of the situation or circumstance. Perhaps it is because I want her to understand that it is her right to have, hold and express a point of view that may be controversial, and that while the opinion may be open to debate her status as a person should not be.  I want her and others like her to understand that being different and holding different opinions is not only okay but to be celebrated because the concept of a world where everyone thinks the same is a frightening one indeed.

Every strong woman I know and have known, from my mother and five sisters to all the female friends in my life, share one common trait: they are unafraid to express themselves, they say what they believe and they fully believe in their right to do so, no matter their gender, their religion, their culture or their beliefs. And they extend that to others, meaning they are unafraid of the opinions of others. They may disagree with the opinion - they may debate the belief - but they do not debate the person, because they know this is a fool's game in which no one wins, because just as they could judge others, others could (and would) judge them.

On today, International Women's Day, I honour the women who are fearless, and the ones who forged the path I walk today. I honour those women who expressed their opinions in eras when such a thing was shocking, but who refused to back down when attacked because they believed in their intrinsic right to do so. I honour those women who fought for equality, and for those who fought for the right to be controversial, to be heard, to be unafraid of being who they are and saying that they believe. And I honour the young women like my own daughter, the ones who I want to be fearless and courageous and I who I hope will be able to one day express themselves without being subjected to criticism based on their person or their gender.

On International Women's Day I reflect on the courage and strength of women, and simply hope that whatever I do in this world adds to it and sets an example for my daughter, because one day this world will be hers, not mine, and I hope to leave it a better place than I found it.