I was discussing the topic of this post with a friend, who was debating with me if one could deem a year as the "year of something" before the year had even begun. Unless one was talking about the Chinese year, like "year of the horse", they argued, one should not deem a year in advance. After all, what if you called it the "year of the magnificent" and it turned out to be the "year of the abysmal"? I was bemused by the discussion and argued that in this case I was deeming the year with this name in advance because if 2015 is NOT the year of this by December, 2015 then we will have had a difficult year in Wood Buffalo indeed. And what, you ask, have I decided 2015 is the year of?

Last spring I had the pleasure of working on an event that was showcasing all the sports tourism events coming to our region in 2015. As I did more and more research the numbers began to mount: numbers of athletes who would participate, numbers of coaches who would attend, numbers of support individuals, staff, families, friends and, yes, tourist visitors, who would come to our region. But the one number that was really being tallied up in my mind was how many volunteers it was going to take to pull off the events in 2015, and that was just the big, shiny, new events and did not include all the annual events, plus the events we didn't even know about yet.

And the difference between this and the other numbers I was tallying is that you always draw from the same pool for volunteers. The volunteers aren't guests to the region but rather the people who live, work and play here - and who also give freely of their time to ensure local events, large and small, are successful. They play such a crucial role and yet I suspect we often don't even realize how vital they truly are.

This year is different, though. As the Wood Buffalo region hosts everything from the Canadian Ringette Championships to the Western Canada Summer Games, thousands of volunteer hours will be needed to ensure success. Every single volunteer will become indispensable and every single volunteer should be celebrated - which is why I think 2015 needs to be the Year of the Volunteer in Wood Buffalo.

I've already started getting my own in-house volunteer ready. The Intrepid Junior Blogger has done some volunteering before, but this year it gets kicked into high gear as we have decided she will spend some of that precious non-school time volunteering. We have already put the plan into action, in fact, as she was one of the greeters that attendees at The CRAZE at MacDonald Island Park saw when they entered that party of the year on December 31. She handed out programs and glowsticks, she answered questions and fielded complaints, and at the end of the day she was exhausted, sore - and accomplished. The year of the volunteer was about to arrive, and she was ready to greet it just as she had greeted thousands of community members.

So, in this year, as we embrace new events and host annual ones, as we shine on a national stage like never before and as we boldly go where Wood Buffalo has never gone before, I ask you to consider doing one thing: volunteer. Give a little of your time, your effort and your energy to the community and be part of the excitement of this year. But even better yet, be one of the ambassadors of Wood Buffalo and of 2015: Year of the Volunteer.


The IJB, ready to welcome the community to The CRAZE 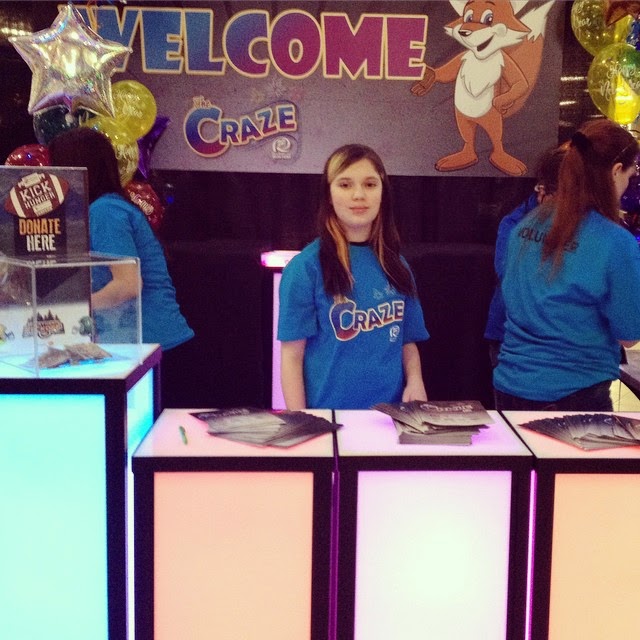