Home for the Holidays

I open my bedroom door and he practically falls in, plastered as flat to the door as a very fluffy, very large and increasingly fat cat can be. His beloved owner – the Intrepid Junior Blogger – has spent the night at a friend’s house and he has been denied his usual spot at the foot of her bed to sleep, and he is clearly quite lonely. I scoop him up (a challenge given his increasing girth) and hear snuffly purrs emanating loudly from his chest as he burrows his head into me. He is Smaug, the SPCA adoptee who joined our house this fall, and he is home for the holidays.


I write a lot about our pets, I suppose, the menagerie that has come to be known as the Triple M Zoo. Some of the pets, like Sirius Black Cat, have achieved some degree of local fame, with complete strangers asking me how SBC is and what trouble he has gotten  into recently. I have always lived a life with animals, grew up with cats and always felt best when there was a non-human creature in my home, but it is in recent years that we have had a pet explosion in our house, with Smaug being the most recent addition. 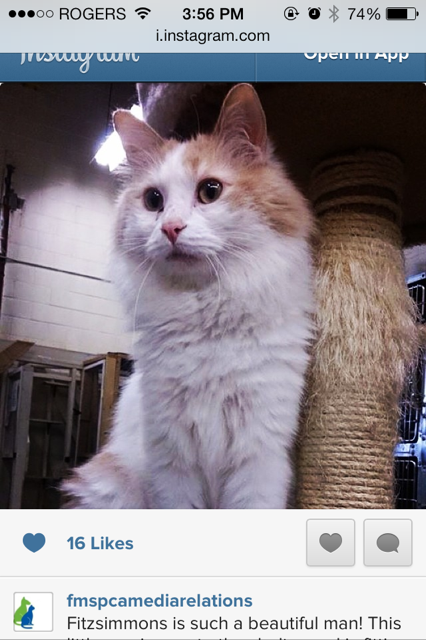 This past week the IJB went online and found a photo of Smaug from when he first arrived at the Fort McMurray SPCA. While I recognized the face I must admit the photo made me cry, because the soft affectionate cat we have welcomed into our hearts and home looks so scared in it, his eyes wide open with fear. He was found wandering as a stray and I cannot imagine a cat less suited to such a life, as Smaug (or Fitzsimmons as they called him at the SPCA) is a scaredy-cat of the worst kind, terrified of the dog, the vacuum and even large cardboard items. Unlike Sirius, who has an adventurous side and a wild streak, Smaug aspires to nothing more than a soft fuzzy blanket, a constantly refilled food bowl and a human to love. I can only imagine how scared he was when he was on the streets, afraid and alone. He is not the kind of cat to welcome solitude, and not the kind to enjoy the sort of adventures Sirius longs for. 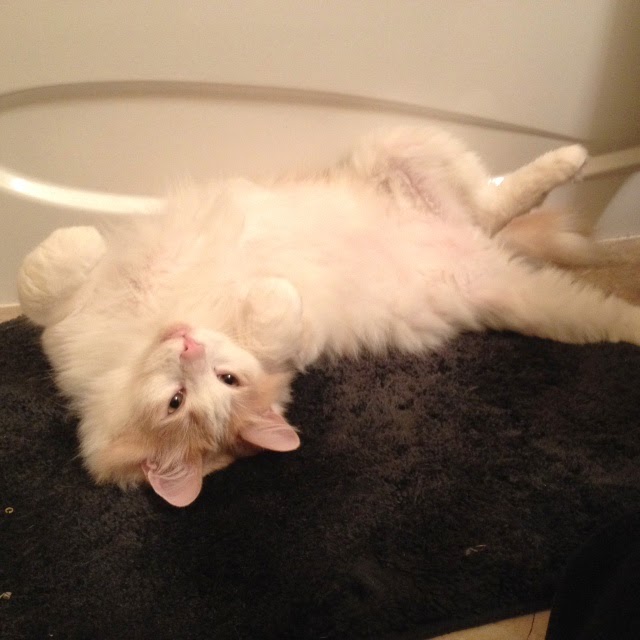 After having adopted three pets from the SPCA I know a few things now. I know I will never again purchase a pet from a breeder or a store, as there are so many loving animals just waiting for their forever home. I know that the pets there came in every shape and size and personality, and that while Sirius Black and Smaug are as different as can be in looks and temperament they have become brothers in spirit who tussle and fight and groom and often fall asleep together in a heap of black and orange and white fur and paws and whiskers. 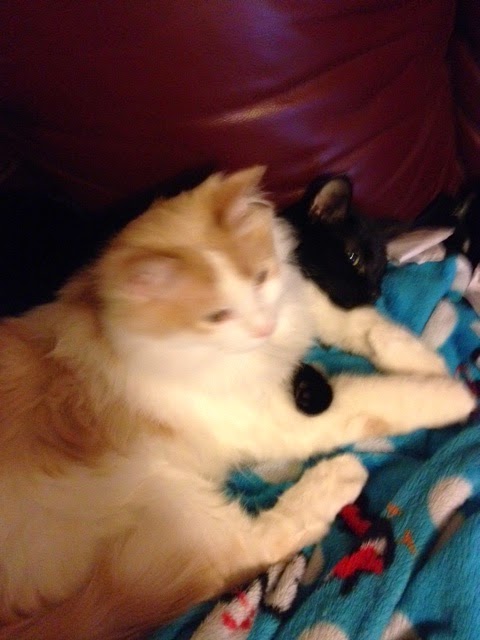 I don’t know how they came to be at the SPCA, Sirius and Smaug and River, their ferret SPCA companion, but I know that they all were likely owned before and that the people who abandoned them were too callous to recognize the incredible spirit of the animals they rejected. When I cuddle Smaug and hear his purrs and feel his love, this kind of all-encompassing love only a feline can project, I feel sorry for the humans who owned him before and who did not treasure and value his trust and love as we do. 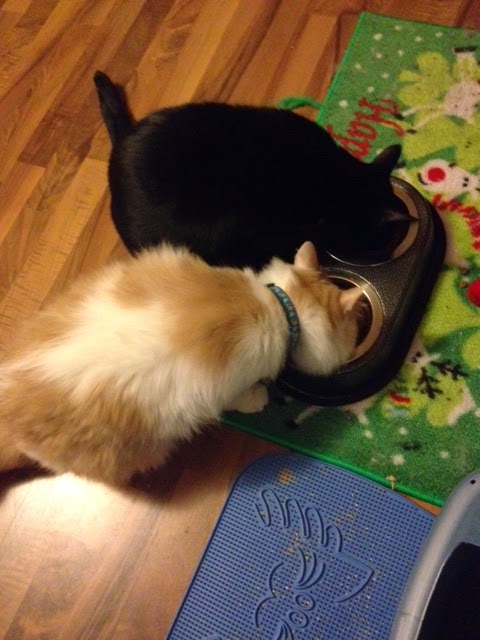 Sometimes, late at night when I cannot sleep, I will creep down into the IJB’s room to check on her. At fifteen she does not need these checks, I know, but I find it comforting to find her there as I know one day, far too soon, that bed will be empty as she moves on in her life. But for now I find her there, cuddled under heaps of blankets and with two cats asleep on top of her, blinking at me with bleary eyes as I creep in.
This morning, though, in her absence I cuddled Smaug to me as Sirius began his morning with a stretch and sharp-toothed yawn. I stroked his downy soft fur and listened to his purr, and I reflected on the fact that this is his first Christmas with us. Smaug is home for the holidays – and forever. 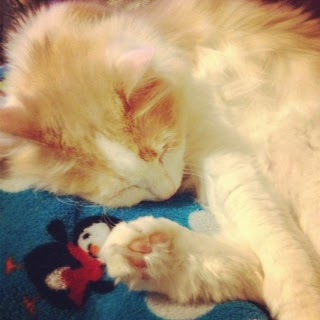