Because We Are Canadian

As I sit and watch it unfold on Twitter I cannot help but be reminded of the looming anniversary of a similar event. It is a date I have thought about a great deal recently, as soon it will mark 25 years since the day that remains seared in my memory.


Yesterday a gunman tried to change our nation when he murdered a young Corporal standing guard at our War Memorial in Ottawa. Were it not for the quick thinking and quick-to-react  Sergeant-at-Arms there would have likely been more injuries and perhaps even fatalities when the gunman continued his journey of terror. Shots rang out in the marble halls of Parliament, a place many of us, including me, have visited and the home of democracy in our nation. It was a sobering day, one that shook many of us to our core and one that took me back a very long time ago.
25 years ago there was no easy access to cell phones, no chattering social media. I recall being mesmerized instead by a flickering television screen, watching the news roll in about a young man who pointed his weapon at young female engineering students and shot them point blank for no other reason than they were women and had the audacity to pursue a career in engineering. I was not much older than them in 1989, and I was struck by how easily it could have been me. In recent months as the Intrepid Junior Blogger has expressed her desire to be an engineer I have thought instead about easily it could be her, targeted simply because of her gender and her ambition.


I don’t know if we called it terrorism in 1989, although we should have of course. Whether these acts are tied to larger groups and militant causes matters little in deeming them terrorist acts, as they are inherently meant to cause terror. Whenever someone brandishes a weapon and shoots others it becomes an act of terror, an act designed to create panic and fear and to terrorize innocent people. And if we let them terrorize us – cause us to change our path or to alter our destiny – they have won.
Yesterday a young Corporal died while performing what most would see as a largely safe and ceremonial role. One can only hope his death does not deter others from following his path, because his loss is tragic and sad but he died serving his country and all of us. He is a Canadian hero, as is the Sergeant-at-Arms who did not hesitate to stop a threat.


As I think about a shooting 25 years ago I think about how this tragic event could have altered my thoughts enough to make me want to discourage the IJB from her chosen path, but it has done no such thing. In fact I think perhaps it has made me more steadfast in my resolve to see her achieve her dream, because there may be no better way to honour the memory of fourteen women than to reach the goal they had torn from them by an act of terror.
Yesterday as I watched events unfold I could not help but think how it would – or could – change our country. And yes, it may change some things, but it will not and can never change the fundamentals. It cannot change that we are Canadians, a nation that expresses its patriotism perhaps quietly but in a deep, fervent and profound way. It cannot change that we will continue to pursue our goals and dreams, whatever they may be and wherever we may find them. It cannot change our role on the world stage, which is strong and respected.


And it will never change our hearts. This was not the first act of terror in our country, and it will not be the last, I am afraid. But we will stand firm in our beliefs, in our hearts and in our nation as we mourn and grieve and then go on, just as we did in on a dark, dark day in 1989.
October 22, 2014 will join December 6, 1989 as a tragic day in Canadian history. But it will not mark the day that Canada changed, because we will not be changed by terrorists, no matter their intent or target.

Because in the end we are Canadian, and that will never, ever change. 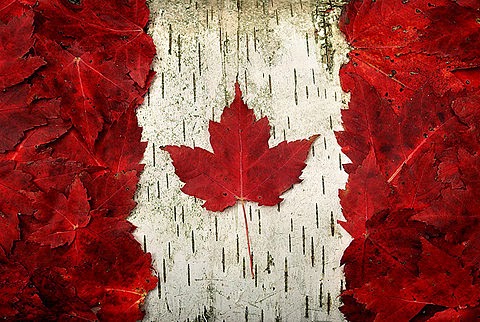