Is This Legal? Graffiti, Guerrilla Art and a Simple Question

Sometime the best discoveries aren't the ones I have made at all. They are the ones that filter their way to me through friends and acquaintances, often culminating in an email or conversation that starts with: "Did you see this?". This happened to me recently when a friend sent along a photo that proved very thought-provoking, sending me off on a tangent as I considered the nature of graffiti, vandalism and art.

Yes, I used the words "graffiti", "vandalism" and "art" in the same sentence as on occasion you see something that stops and make you think about the complexities words like this bring. The "something" I saw was this: 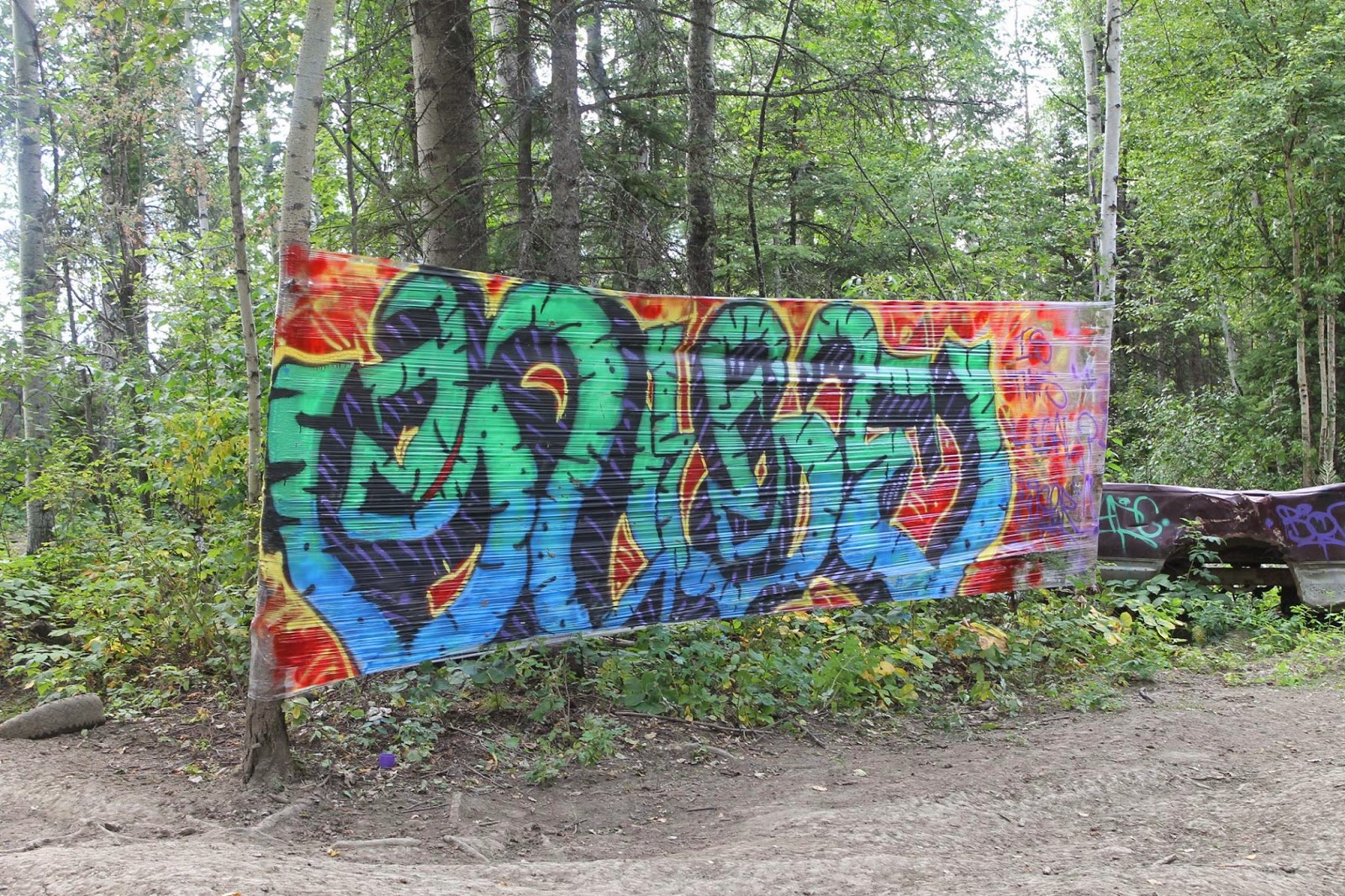 For the record that is plastic wrap stretched between two trees and then spraypainted. No buildings, trees or property were harmed during this creation, which seems to have prompted the creator to ask this: 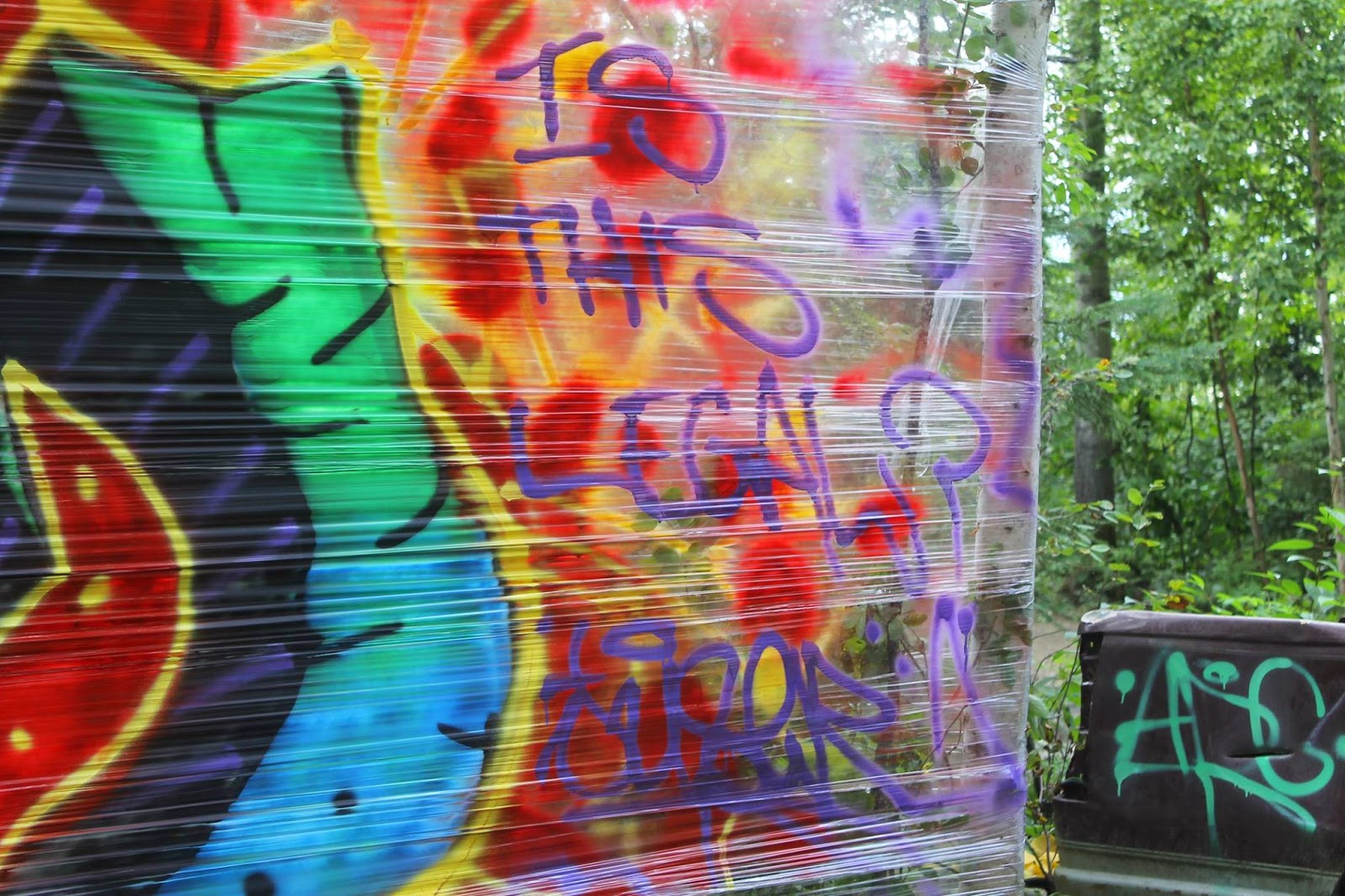 Is this legal? I suppose technically this would could be considered littering and punishable on those grounds. Vandalism does not seem to apply as no permanent property or structure was involved, but if one wanted to be precise and adhere strictly to the law then I suppose this is "illegal" as the creator has "littered". But then I began to think about another creative pursuit, one that I have several friends involved in and that looks like this: 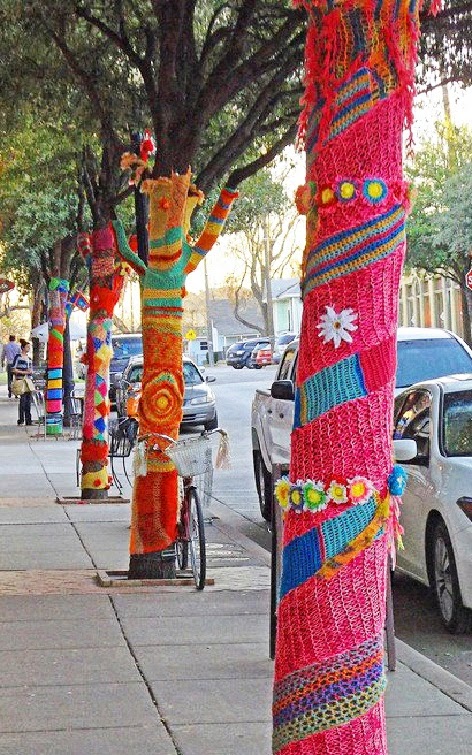 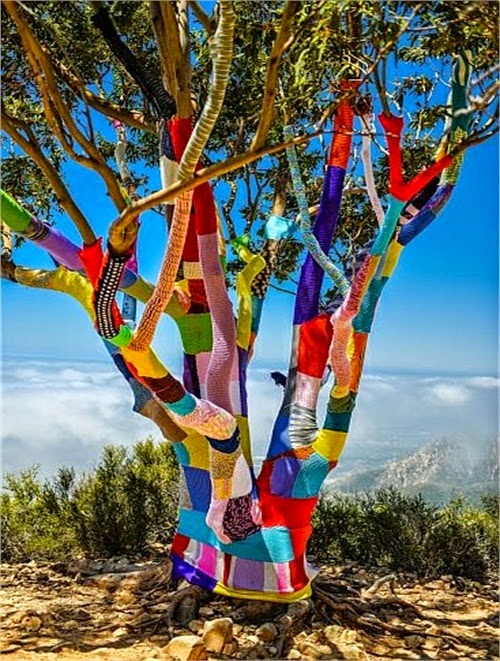 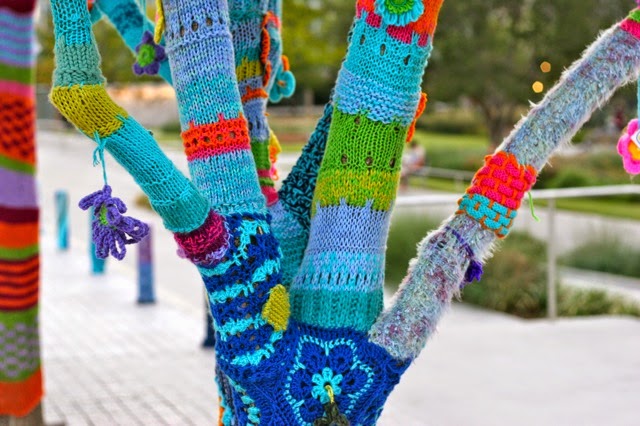 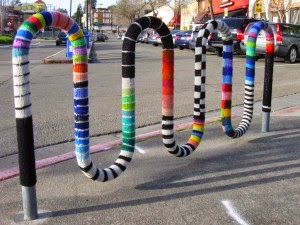 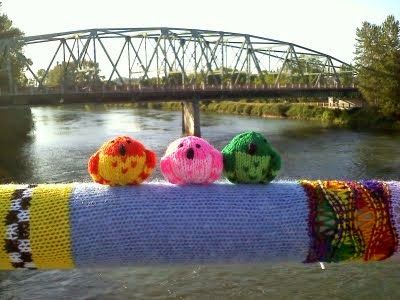 Yarn bombing and crochet graffiti are a huge hit in many urban centres, brightening up the landscape with the work of fibre artists who adhere their intricate creations onto trees, lampposts, bike racks, railings and more. Legal or illegal? Technically littering but also a work of "guerrilla art" designed to evoke smiles and bring cheer to dull landscapes.

And then I thought of this: 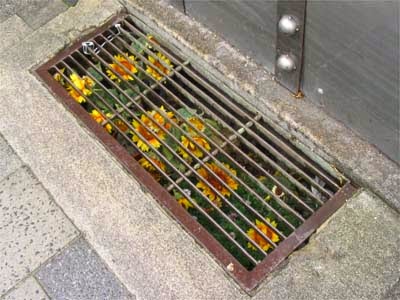 It is called "guerrilla gardening", and it is the work of those who use spaces such as this as the canvas for their works of living (and often edible) art. Legal? Technically the space belongs to someone else, I suppose, and one could claim vandalism.

The reality is that we have a graffiti problem in this community. The problem, however, is not the type of creation but the place where it is being created. Graffiti on the side of a building, defacing it and affecting the tone of the neighbourhood around it, is clearly vandalism and cannot be tolerated. But graffiti on plastic wrap stretched between two trees, yarn knitted onto a bike rack or flowers planted under a grate? I think these are examples of creativity and - yes - art, that we should encourage and applaud.

To the creator of the local plastic wrap graffiti I want to say thank you for the creative idea, for sharing your work and for asking the question: "Is this legal?".

I don't know the answer, but I know this: I think it is a terrific way to build a bridge in this community between those who create graffiti and those who want to keep it off their property. I think perhaps what we might want to do is invest in a whole lot of plastic wrap and invite the creators of graffiti to enjoy their new canvas while we enjoy the results of their creative expression. One simple question can sometimes provide the simple solution to a complex question, and we should never be closed to the possibility of exploring those solutions, even if they seem far, far too simple indeed.