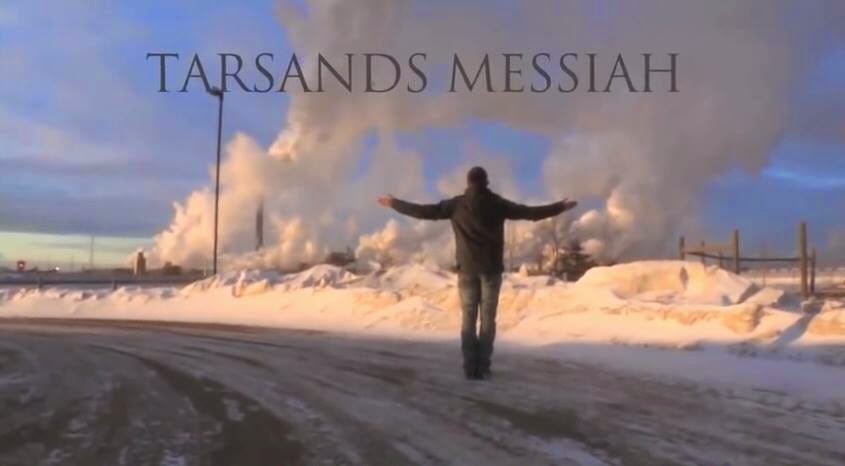 When my friend Tim Moen first mentioned an idea he was contemplating I was intrigued. It was around when Tim and I were spending some time with two funny guys from LA (literally funny guys, as in comedians) who had come to Fort McMurray to film a satirical documentary on the oil sands. Tim was helping them with filming, as he is a noted local filmmaker, and I agreed to help them connect with other local people as well as spend some time with them explaining the community aspect of Fort McMurray. I found the entire experience incredibly interesting, as the daring duo from LA were not only fun but engaging, bright and intelligent men with genuine questions and concerns about the oil sands industry and its impact on our world – but they too recognized the flip side of this coin, meaning the world reliance on oil production and its contribution to the development of the very industry so many decry.


During that period Tim came to me and said he had an idea. It was all about turning the idea around. Both Tim and I had grown very accustomed to celebrities, filmmakers, journalists and photographers coming to our town to tell their narrative about oil sands development and it was rarely a positive experience for us or our community. One thing we had noted, though, is that few of these individuals arrived without a narrative already in mind, having already written the plot without even meeting the characters. We also noted few of them were keen to discuss the world’s reliance on oil and how that drives the development of the industry, and how their own actions contributed to it (as few arrived on bicycles, using cars and planes instead, and most lived in mammoth cities across the world heavily reliant on oil). Tim said maybe, just maybe, the time had come to turn the tables on the critics and show the hypocrisy – and so Tar Sands Messiah was born.
Tar Sands Messiah is a film project featuring Tim Moen heading to Los Angeles, where in a satirical light he will explore their reliance on oil, their contribution to the environmental degradation of the world, their community issues and all the themes of which we have become so accustomed to reading about ourselves here in Fort McMurray. It’s all about encouraging a dialogue on world oil use instead of the diatribe against the oil sands, a diatribe that solves little and fails to address an issue that extends far, far beyond the borders of this region: the world’s need for oil.


I’ve known Tim for some time, and over the last three years have come to believe he is one of the most intelligent people I have ever encountered. I don’t think I am a dummy but on occasion Tim will head off in an intellectual direction that leaves me a bit breathless and confused (although strangely the Intrepid Junior Blogger often gets it, proving that she leaves her mother a bit behind in the smarts department). Tim has been on an incredible trajectory in the last few years too, having run in the recent federal byelection as the Libertarian candidate (and even being elected to the role of leader of the national Libertarian Party of Canada). And while I don’t always agree with Tim politically I have been delighted to see him propelled to national attention through the clever use of memes and social media and his outright dedication to everything he does. It was quite simply a very easy decision to support Tim in this new project idea, as I believe not only in Tim but in the genuine and sincere honesty he brings to the table.
Making a film is not an inexpensive proposition, particularly when it involves travel to another country. Tim has turned to crowdsourcing to fund his project, just as the two funny guys at the beginning of this post did to fund theirs (and when Travel Alberta had their satirical video removed from YouTube for mimicking the “Don’t Forget to Breathe” campaign too closely their funding came fast and furious as nothing drives action like censorship). Crowdsourcing is an amazing phenomenon, and the best part of it is that by contributing every person becomes part of the project in some sense, instilling a sense of pride and accomplishment when it finally hits the screen...and it will hit the screen, as Tim Moen finishes what he begins, and this project seems to be part of his destiny.


When Tim asked if the Intrepid Junior Blogger and I would agree to be interviewed we said yes, of course. The IJB, who is perhaps even more cynical than I, often expresses concern about the environment and the oil sands industry, but she is very clear on her understanding of how solving the problem goes far beyond addressing the issues in the oil sands but addressing the issues in the world driving the consumption of oil. She too is quite keen on Tim’s project as this world – this future – belongs to her and her generation perhaps far more than it does to me. She is one of the ones who will deal with the repercussions of whatever decisions we make today. She has a very real stake in this issue and she knows it.
We spend a lot of time in this region discussing how to respond to the things that are said about our industry and community. It ranges from “we should ignore everything everyone says about us and stop caring” to “we should fight back tooth and nail, kicking and screaming”. I don’t believe there is a right answer, just the answer that seems right to each of us and one we must come to individually as our response is as unique as we are. What I do think, though, is that each person who chooses to respond needs the support of others in this community. We show our strength in our support of each other, in our support of grassroots projects like Tar Sands Messiah and in our willingness to show the other residents of this region that we will do whatever we can to help them succeed.

Today I encourage you to check out Tim’s trailer for Tar Sands Messiah, visit his Facebook page and consider contributing to hiscrowdsourcing to help him make this project happen. I have been following the Tar Sands Messiah for some time now, and this is one pilgrimage I think is worth getting behind. Let’s send Tim Moen to Hollywood – and change the dialogue through our own Tar Sands Messiah.