The Creation of a Leader in the RMWB

Just over a year ago I met someone who has become a pretty regular fixture around Fort McMurray. He was brought here to deliver a couple of keynote addresses at the Leading the North conference, and ended up stealing the show from Peter Mansbridge, who had also been brought in as a guest speaker. I am speaking of Ian Hill, philanthropist, businessman, and inspiring leader - although he wasn't always a leader, either.

You see I think Ian would likely agree with me when I say that leaders are made, not born. Some may be born with leadership qualities, but if those qualities are not used and refined they may never actually transition into true leaders. Leaders need to be developed, and often they need some help to get there - which is why Ian Hill and the RMWB began a little program called RMWB Leadership Bootcamp.

I'm proud to say I am a bootcamp graduate. I participated in the first of these bootcamps last fall, and it was intense, I will admit. Every 3 weeks for 15 weeks we met and discussed the process to become a leader. There was reading, and homework, and videos. And what I can say is this: it was definitely a profound experience for me, because I learned a few things about leadership - but mostly I learned about myself.

You see I have never considered myself a leader in any way. I stumbled into writing this blog, and any subsequent success was by accident, not design. I simply did what I thought was right, following my own conscience and what my heart told me to write. I would use my head on occasion too, and there were times when heart and head argued over the path. In the end, though, I would choose the path that was most authentic to me, and followed it.

There were moments when I worried I had chosen the wrong path, too, when I would write something that elicited "hate mail" or that seemed to offend some. I would wonder if what I was doing was worthwhile, and I would wonder if the path was the wrong one. But Ian Hill, and bootcamp, helped me to develop some confidence, you see. One of the things I learned is that true leaders don't have to pull people with them, because those who want to come willingly follow. I didn't need to worry about whether I was leading "the right way", just about whether I was being authentic and genuine and sincere, and if people chose to follow me so be it - and if they chose to not follow then that was okay, too.

Perhaps the most incredible thing I learned, though, was how to deal with criticism. During bootcamp I received an anonymous hate mail message, one of the most brutal I've ever received. I admit that I was hurt, and angry. I was upset that anyone could chose to attack me personally because they disagreed with my stance on an issue, and angry that they would decide to do so in such a cowardly anonymous fashion. But I did what Ian had taught me. I sat down with that message, and pulled it apart sentence by sentence, word by word. I dissected it, and I put aside my emotional reaction. I looked for any validity, any true reflection of who I am and what I do. And I found one, a valid point but one that I am okay with about myself - and then I pushed the rest away, able to see that the comments reflected far more on  the commenter than on myself. And frankly it never really bothered me again, and I was able to read the comments without even flinching a tiny bit because I knew I had looked at it all rationally. I had changed how I looked at criticism, even that of a hateful kind.

After that occurred I sent Ian an email to tell him what I had done, and how he had changed me in this way. I still do not know if I am a "leader" - I am just me, but now I am a "me" who has a bit more confidence in what I do and how I do it - and that came from time with Ian Hill, and Leadership Bootcamp.

So, why am I writing about Leadership Bootcamp today? Well, because while I may be a graduate of the first class it isn't too late for you if you would like to participate, too. You see Ian and the RMWB are launching another round of bootcamp this very month, and you can apply to be a participant in it. This is a pretty incredible opportunity, because not only do you get to spend time with one of the most inspirational people I've ever met (that would be Ian) and learn what it takes to be a leader for today you can do it for free. Yes, that's right, for free, because our community needs to develop leaders as we are on the cusp of some massive growth and change, and we need leaders who are ready to boldly take us into it. Are you one of these leaders? Do you wish to be a leader for today, and do you want to learn more about what it takes to become one? Do you want to pursue personal excellence, and learn something about yourself, even if you aren't sure if you are a leader? Then apply for RMWB Leadership Bootcamp. I will be honest - it is an investment of your time. You will feel challenged on occasion. You will have to work hard, because Ian doesn't have much time for those who talk big and act small. And I will guarantee you will not regret it - because leaders are made, not born, and I think we all deserve a shot at being the leader we have the potential to be. 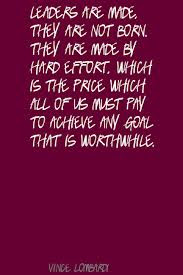