When the Student is Ready

I suppose I had heard the adage before, but I had never thought about how it applied to my life until I met someone who was on a very special journey. As I have written before in this blog in 2013 I had the pleasure - and the honour - of presenting on the TEDx Fort McMurray stage, a life changing moment for me in many ways.

It is funny now that I thought it was in some regard the "culmination" of my journey of the last few years, only to learn that of course it was just another stop along the way, as this life isn't about destinations and culminations but about journeys. I didn't fully understand at that point, though, that my time with TEDx wasn't over and that I had another distance in that journey to travel, but this time as a coach.

It is always a bit unnerving to be asked to coach someone else because it is a heavy responsibility. It is even more unnerving to be asked to coach someone you have never even met, not knowing if your personalities will mesh, if you will find that connection you need, if you will be able to help them in the way they need to reach their goals. I now know how my TEDx coach must have felt, and I am more grateful to her than ever as she shared the journey with me, just as I have now done with my presenter - Kaitlin Armstrong.

Last weekend, after months of preparation, hard work and thought, Kaitlin took the stage at TEDx Fort McMurray. I sat in quiet awe in the audience, three rows in and watching intently as she went through a presentation I knew well and had watched her craft from very early on in the process. When we first met I was impressed with her, as she is a woman who has come to know herself well through her own journey, one that was not easy or without challenges, and one that involved the very humbling process of getting to the core of oneself. I suppose in some ways I saw my own journey over the last few years, although hers was different of course, but the similarities were there and the connection because of it deep and strong.

At one point Kaitlin speaks of how life presents us with challenges because we are ready to learn the lessons the challenges bring. When I first heard this part of her presentation I could not help but think of my own struggles last year with my eye disease, a difficult and humbling experience that has taught me patience and willingness to relinquish control of those things I cannot control. But when she said the line "when the student is ready the teacher will appear" it touched me deeply because it is so true - and not because I was Kaitlin's teacher, but rather quite the opposite.

You see I think people come into our lives at certain times to remind us of things we have forgotten, to open us to new ideas and thoughts and to help us to reconnect with the people we used to be - or want to be. Over the last few months as I watched Kaitlin build to her shining moment on the stage I reflected on my own journey, not just towards TEDx but over my life, and how in the helter-skelter, top-speed, flying-from-one-place-to-another wheel I am on I had stopped just being, stopped just taking moments to feel the emotions in my head and my heart. I had come a long way since my own time on that TEDx stage, but along the way I had disconnected with some of the lessons that had taken me there in the first place  - but Kaitlin, the teacher who appeared when this student was ready, reconnected me to that time and place.

At the end of Kaitlin's talk she stood on that red dot, and I remembered how I felt at that moment in 2013, relieved and in wonderment and exhausted and energized all at once. When the crowd rose up, surrounding her with a standing ovation, I stood too, because she had earned it from that audience, and she had most definitely earned it from me. Her moment of triumph, her journey, was something I had been privileged enough to share and then witness, and I freely admit I cried when it was over, allowing myself to simply be in the moment. The teacher had appeared in my life, and the student had been ready.

In future days I will write more about TEDx Fort McMurray, which was once again a stellar event and perhaps the very epitome of the phrase "when the student is ready", because on TEDx day we are all students. I will post the videos and share some of my thoughts. Today, though, this is all about one woman, one teacher, and one humbled student who might have been the "coach", but who really, in the end, was the pupil. 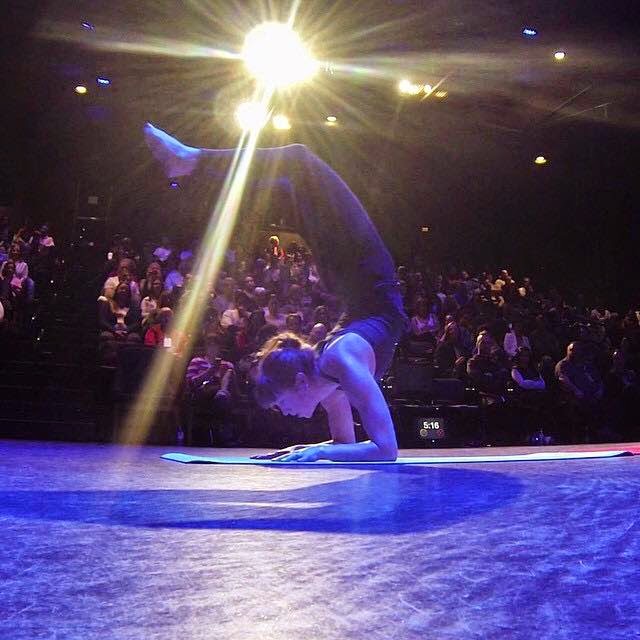