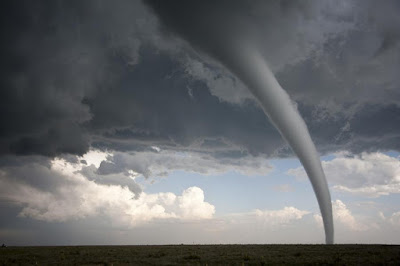 “Are you in the basement”, the text to her reads. She is far from home, in Calgary with her father, but her behaviour at almost 16 is predictable enough to assume she is in the basement, which appears to be the preferred space for most teenage humans (myself included when I was her age).


“No, I’m at the mall,” she fires back, and I can feel the prickly beginnings of alarm rising in me. I could call her, but as most parents of teens know for some reason they respond to the sound of a text message in an almost-Pavlovian way, while a ringing cell phone can be ignored for hours or even days.
“What mall,” I text. “Are you alone? Where are you in the mall?,” I continue, as that sense of alarm begins to grow.


“Downtown, by myself – why?” she sends back, and I instantly move into “protective mom mode”, that instinct that takes over when we need to protect our genetic legacy from any sort of imminent danger from bears and cougars to tornadoes – and in this case it was a tornado I was concerned about.
“Get into the lowest level of the mall, closest to the parkade, and stay there – there is a tornado alert in Calgary,” I text.


“Cool,’ she fires back. “I want to see it,” she texts, but she knows better than to disobey an order given by Crisis Command Mom, so down into the lower level of the mall she goes.
Last week a tornado did not touch down in Calgary, but it could have easily done so, as funnel clouds were spotted and an alert issued as the possibility of a tornado loomed. It was a clear and present danger, to borrow a phrase, and I reacted as I knew a bit about protecting oneself from natural disasters like tornadoes and forest fires. When it was all over and the storm clouds had cleared I began to wonder how many people in our community have prepared for the possibility of an extreme weather event such as a tornado.

Tornadoes are not common this far north, although after some research I learned they may be more common than we believe since Canada’s north is sparsely populated, and a tornado could easily touch down in a remote area far from human eyes and never be detected. We do know that tornadoes are not impossible in the north, and that we have certainly seen them occur in places like Edmonton.

The question that remains, though, is how many people have actually thought about what they would do in a tornado? I suspect it is not even on our radar for the most part, one of those things we don’t consider until we see the swirling winds and watch as a strange storm envelopes us and those we love.

Disaster preparation, from being ready if threatened by a forest fire to knowing what to do in a tornado, is hardly a popular topic of conversation. Most of us believe we are unlikely to ever be touched by such occurrences, but then again the very nature of nature is its unpredictability. It is in that unpredictability that we find both awe and respect and, on occasion, terror, as nature charts its own path and sometimes we find ourselves in the middle of it as it cuts a swath through our cities, our farms and our lives.

After the alert was lifted I texted her again, my daughter who spent the storm hunkered down in the lowest level of a mall eating chocolate she found at a small shop there, and after stepping out of the mall she replied: “It’s already way sunny here - Calgary is crazy,” but of course it isn’t the city that is crazy but nature itself, which can swing from ominous storm clouds and potential disaster to a sunny summer day in mere minutes. The tornado did not touch down in Calgary, but the event was a reminder to all of the power of nature, and power of the need to protect those we love, even when we are far from them, connected only by a cell phone, text messages and an enduring commitment to keeping them safe, no matter what nature – and the world – throws at us.


What to do during a tornado